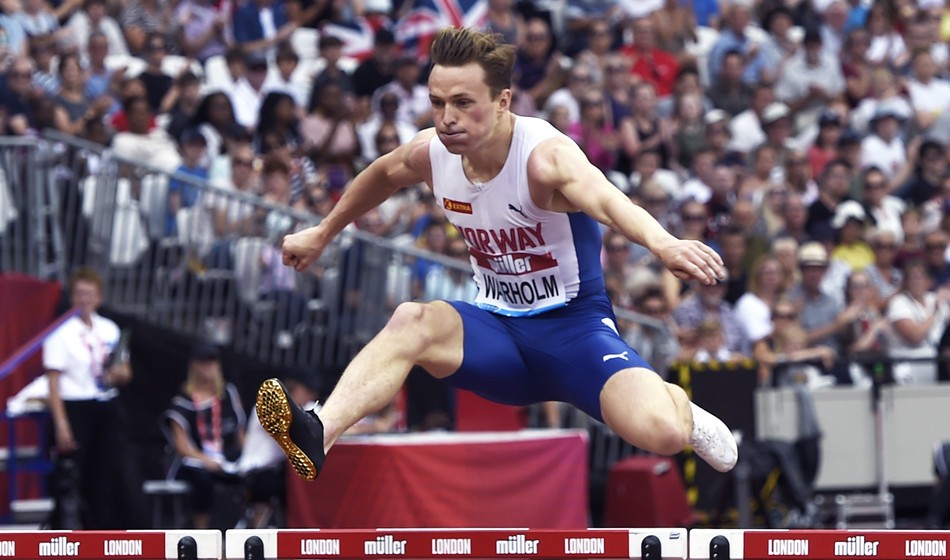 After narrowly missing the 400m hurdles world record in Stockholm, Norwegian Karsten Warholm will attack the mark again at the Golden Spike meeting

Karsten Warholm was only nine hundredths of a second outside Kevin Young’s long-standing 400m hurdles world record of 46.78 in Stockholm two weeks ago. On that occasion he clipped the final hurdle but on Tuesday (Sept 8) at the Golden Spike meeting in Ostrava he is hoping for a smoother run and hopefully an even quicker time than his 46.87 best.

“I think the track here is really good and, looking at the weather report, it’s going to be good as well,” the 24-year-old said on the eve of the meeting in the Czech Republic. “I will give it my all like I always do. But you never have a guarantee for anything.

“Everybody is talking and thinking about the record. For me, it’s doing what I know I can do. And you never know what can happen. It’s important to always be the best version of myself – when I step on to the track it is going to be the same.”

At the height of the coronavirus pandemic in Europe, lockdown restrictions were not too harsh in Norway, so Warholm says his training was not interrupted very much. It shows, too, given his current form.

Warholm is one of a number of high-profile names at an event that is part of the Continental Tour Gold series. Others include Sifan Hassan, the Dutch runner who is fresh from her one-hour world record run in Brussels last week, plus American shot putter Ryan Crouser, who completed another impressive series of 22-metre-plus throws – with a best of 22.70m – in Poland on Sunday despite jetlag.

Laura Muir is set to compete in the 800m and she is one of several Britons at the meeting. They include her training partner Jemma Reekie, British champion Laura Weightman and Eilish McColgan who are in a tough 1500m field against Olympic champion Faith Kipyegon.

Another British miler, meanwhile, Melissa Courtney-Bryant, will hope to challenge her own 14:53.82 PB in a 5000m race that includes European record-holder Hassan.

The rarely run distance of 150m also features with Dafne Schippers in the women’s event and Ramil Guliyev leading the men’s entries. Similarly, there is a 300m hurdles race for women with British champion Jessie Knight among a strong line-up.

You can watch the Ostrava Golden Spike meeting on the AW website.

Specific broadcasters will show the action in various territories (click here for further info). Fans from all other territories, including the UK, will be able to watch via the live World Athletics YouTube channel stream below.

On a busy day of athletics, world indoor sprint hurdles champion Andrew Pozzi is among the competitors at a meeting in Rovereto on Tuesday (Sept 8) while Johannes Vetter, fresh from his big javelin mark on Sunday in Poland, throws again in Dessau at an event that also features a high jump clash between Ukrainians Yaroslava Mahuchikh and Yuliya Levchenko.