Johnson-Thompson is ready to take on Thiam, says Ennis-Hill 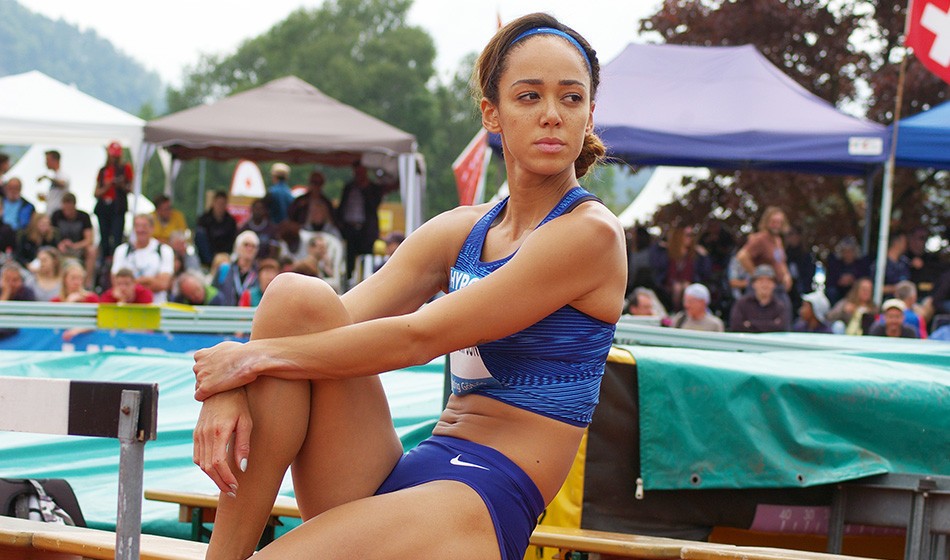 After seeing Katarina Johnson-Thompson (pictured above) claim a dominant victory in the Götzis Hypo-Meeting heptathlon, Jessica Ennis-Hill says her fellow Briton is ready for the next challenge of taking on Olympic and world champion Nafissatou Thiam this summer.

Johnson-Thompson improved her personal best to a world-leading score of 6813 points at the prestigious multi-events competition in Austria last weekend, winning by 337 points ahead of Latvia’s Laura Ikauniece.

That mark consolidates the Commonwealth and world indoor champion’s third place on the UK heptathlon all-time list, with only British record-holder Ennis-Hill and Sydney Olympic champion Denise Lewis having ever scored higher thanks to their respective best tallies of 6955 and 6831 points.

“She has started her season in the best way possible. A personal best score, she put some great performances together.

“She’s just holding that dominance there and the next challenge is to take on Thiam later on in the summer but I think she’s definitely ready for it.”

Britain’s world under-20 champion Niamh Emerson was also competing in Götzis and Ennis-Hill had visited the 20-year-old at her base in Loughborough in the lead-up to the competition.

Emerson was unable to prove what she might have been capable of, however, as the recurrence of a knee injury forced her to withdraw after two events.

“Obviously devastated for Niamh,” added Ennis-Hill, who was speaking with AW after her official race starter duties at the Vitality London 10,000.

“I went up to Loughborough to interview her a few weeks ago and I know she was very much looking forward to her first competition out there in Götzis but these things aren’t always meant to be.

“As a heptathlete you can have so many injuries and setbacks,” added the three-time world champion, who herself was forced to miss the 2008 Olympics because of injury.

“This is just part of her journey and hopefully she’ll go back home, recover well and prepare for the rest of the season.”