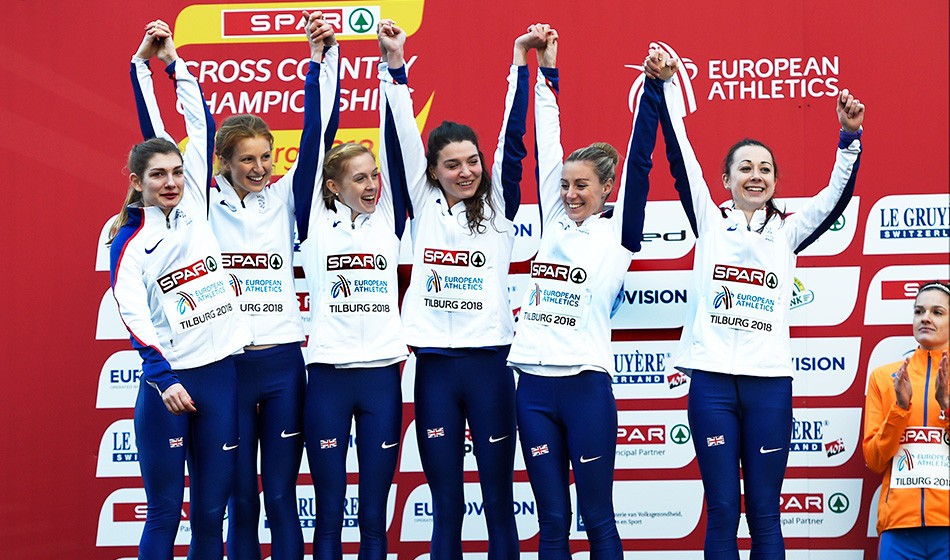 The former European under-23 cross country champion, part of the side which took senior women’s team silver in Tilburg earlier this month, says the nation could do well at next year’s global showpiece, given that the Aarhus course will provide conditions much more akin to those traditionally found at cross country events in this country.

But the championships come only a few weeks after the European Indoors in Glasgow and Piasecki (pictured above, right) knows some athletes could prioritise track and road events in what will be another packed year.

The recently-announced British selection policy for the 2019 World Cross states that senior athletes who finish in the top two at the trials in Loughborough will secure selection, with additional athletes (up to a maximum of six per team) to be added to the squad where the selection panel “believe that there is realistic potential for the team to finish at least in the top six in Aarhus”.

Piasecki, who will be targeting a place on the team, said: “I think if we could get a strong women’s team out there then we could definitely get a medal as a team. It would be the same for the lads. If everyone that’s usually up there turned up and was fit and healthy then we could all do really well.

“If that’s what we want then we need to push (for it).

“Fingers crossed everyone feels the same and we can get a strong team out there.”

A four-strong senior women’s team was sent to Kampala for the 2017 World Cross but at the time British Athletics said that many of the senior men in contention for team places had declined the opportunity.

Piasecki added: “The World Cross has lost its glamour a little bit over the past few years, because people are prioritising track, when it’s fallen in the calendar, it’s been held in obscure countries where there is a lot of travel involved … but for it now to be held in somewhere like Denmark and it’s now been well advertised that the course will be a lot like the National.

“I think because as a nation we have always tried to push for stuff like that, then we should try and support it.”