Jenny Meadows is leading the way 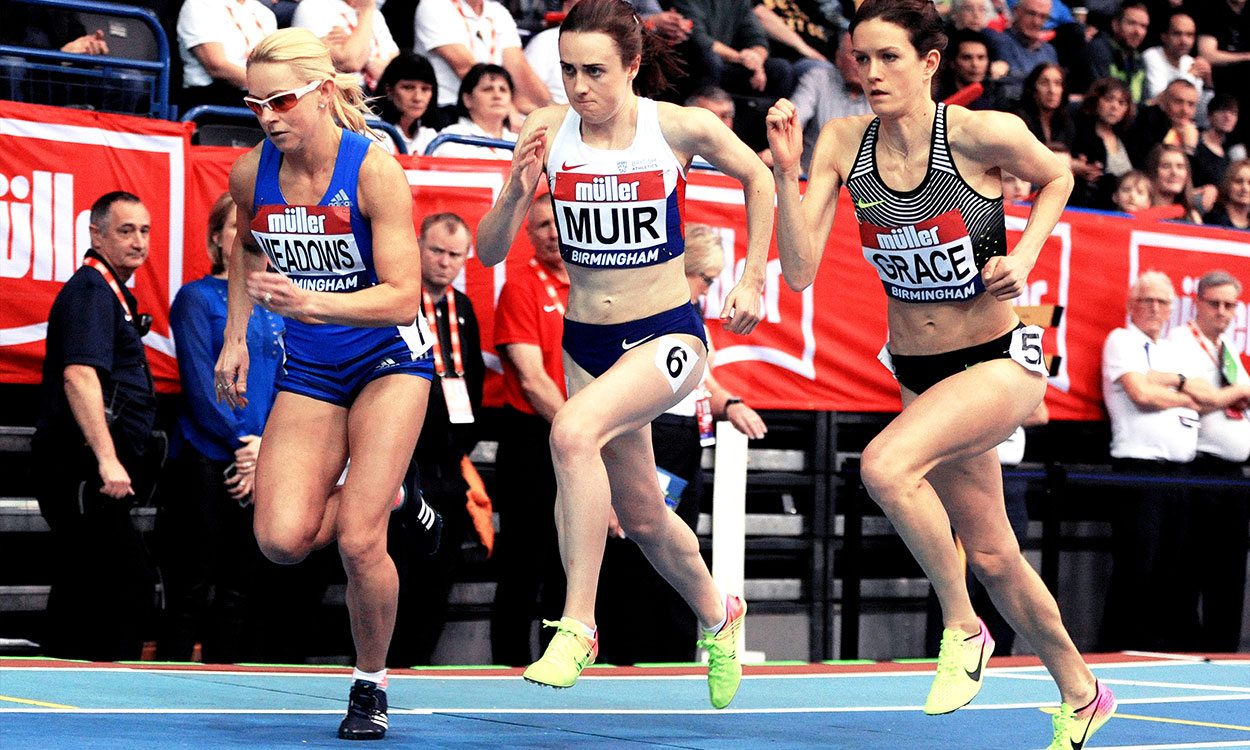 Jenny Meadows was planning to retire after the 2016 season but a surprise phone call in the spring of last year changed all that.

The call was from the meet director of the Bislett Games in Oslo and as Meadows recalls the conversation started something like this: “‘I hope this does not offend you, but Genzebe Dibaba is going for the world mile record and we are looking for a pacemaker. Would you be interested?’

“I did it. I did a good job and I enjoyed it. A month later, when I retired, people suggested that I go into pace-making and I thought it was a good transition to make from having been an athlete for 28 years.”

In 2017 she was flying around the world to lead out fields at Diamond Leagues and other events – at least 12 races as far as she can remember.

The obvious question to start with is: is it difficult to go out and run a 58-second lap? Not for Meadows!

“Throughout my career,” she explains, “my coach has always told me what to run and I can get it within a second. Some great athletes have no concept of pace judgment whatsoever. After I retired my training group struggled because they either go a lot slower or a lot faster – so I must have been the gauge for the whole group.

“It is nothing to do with how good an athlete you are, it’s whether you have that internal pace-making clock or not.”

“If the winner runs a good time and I have done my job right, I get perhaps five minutes of adrenaline and think I did well”

Most pacemakers simply stick to one distance – for example 800m or 1500m – but, by pacing both distances, the world bronze medallist, European silver medallist and former European indoor champion over the shorter distance recognises that she makes the task more complicated.

There have been races when the pacemaker kept going and won the race, so was she ever tempted?

“That is the question I am asked most frequently,” she replies, “but my fitness levels are definitely not at that level. People say, ‘You look so easy so why don’t you keep going and win?’ Believe me, if I ran another 100-200m they would soon catch me.

“I also presume – but I have never asked – that it would be frowned upon as all the other athletes go into the race with their strategy, thinking that you are not a competitive athlete and they might have run differently if they thought you were a factor.”

Since she raised the issue of fitness, how fit does a pacemaker need to be?

The mindset and experience are quite different from when she was competing. “When I used to compete myself, I would always feel quite nervous because I had a personal goal I had set myself,” she says. “Running as a pacemaker is different.

“I don’t feel relaxed as I feel I have a responsibility because the meet director, the crowd, the girls want a good race and I feel I have to set the right pace. If the winner runs a good time and I have done my job right, I get perhaps five minutes of adrenaline and think I did well.

“Then most of the athletes are going off feeling pleased with themselves or thinking they need to improve but I have nothing.

“It’s a job, definitely a job rather than a career.”

“I always try to do the time I have been asked but you have to have the intelligence to look up and see on the screen if you have got a gap, then I would back off”

Some races are harder than others. Meadows recalls one 2017 Diamond League when she had to work harder than she expected.

“It was a very windy night and Francine Niyonsaba was really pushing me down the home straight and, after 350 metres, I had to put a surge on and I just about made it and had to hop off the track on the inside instead of my preferred outside exit.

“I had a look on the outside but there was a queue of girls waiting, so I hopped off on the inside, just managing to avoid a TV camera. I felt I had done nothing wrong as I’d come in on target. Francine just wanted me to run faster.

“I think it was one of those races where the athletes got a little bit excited. The winning time was 1.59.1 which is very slow off a 56.8. I was thinking ‘trust me girls’ because I felt it was a little bit too quick.

“You do lots of good races but, typical of a professional athlete, you only remember the races that were not as good as you wish they had been. A number of factors – the calf, the wind, made that one not a good one and it sticks out in my memory.”

The opposite situation can be equally tricky to deal with, when the athletes don’t run at the pace the pacemaker has been asked to set.

She admitted that, like the rest of us, she had “sat at home watching and thinking ‘stupid pacemaker – why have they done that?’ That is not helping anyone.” How would she deal with that situation, I wondered?

“I always try to do the time I have been asked but you have to have the intelligence to look up and see on the screen if you have got a gap, then I would back off,” she says. “It happened in Shanghai this year. They had asked for 2:08 and no one was following me and I went through in 2:11 but Faith Kipyegon still ran under four minutes, really speeding up towards the end.

“As I came off the track, I thought, ‘2:11? I have come all the way to Shanghai and just jogged around!’

“But if I had run 2:08 I would have been 30 metres ahead and sometimes you just have to use your common sense. Even if the meet director has told you to run a certain time, if the athletes don’t follow you, you are not helping anyone.”

It is easy to think that pace-making is just running around the track, just in front of the pack of runners. The reality, as Meadows points out, is much more complex.