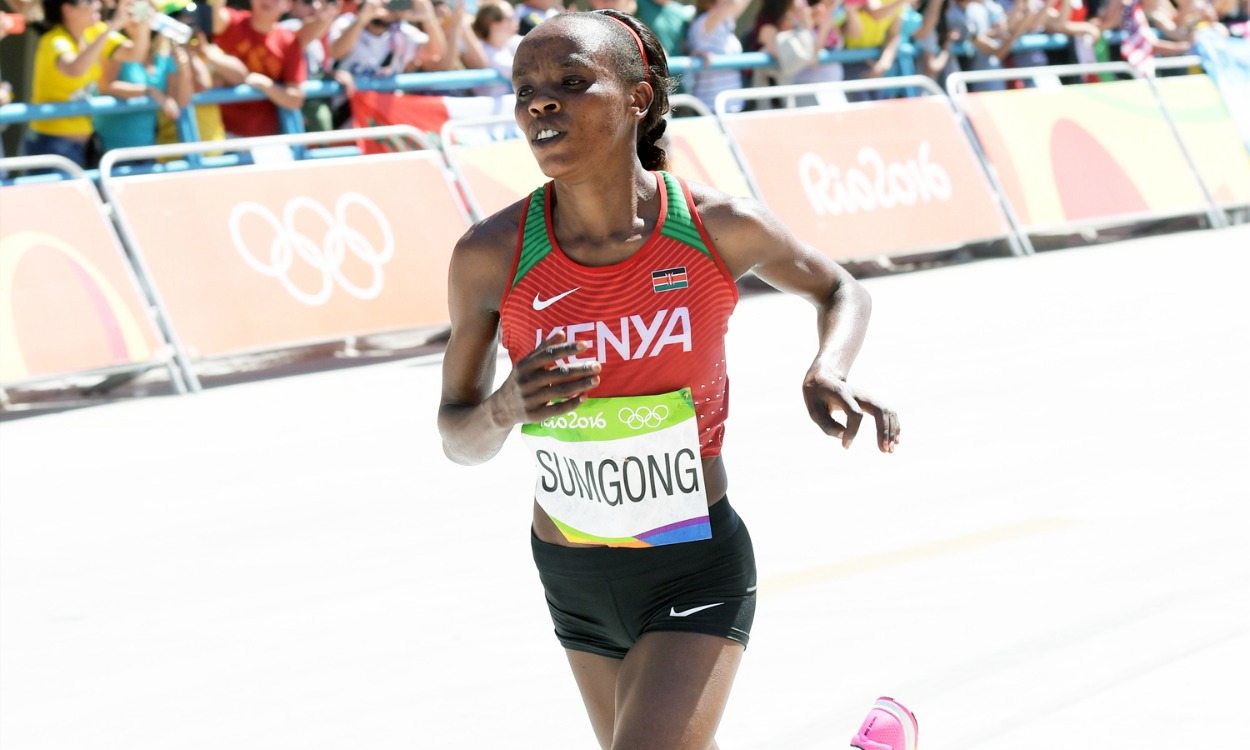 Last August Sumgong had become the first Kenyan woman to win Olympic gold in the marathon, while she had won her London Marathon title last year despite a heavy fall.

She now faces a ban, should her B sample also be confirmed as positive.

“The IAAF can confirm that an anti-doping rule violation case concerning the athlete Jemima Jelagat Sumgong (Kenya) has commenced this week,” the IAAF said in a statement.

“The athlete tested positive for EPO following a no-notice test conducted by the IAAF in Kenya. This was part of an enhanced IAAF out-of-competition testing programme dedicated to elite marathon runners which is supported by the Abbott World Marathon Majors group.

“The IAAF will make no further statement about this case until its conclusion.”

The Abbott World Marathon Majors series consists of six marathons across the world, including the London Marathon.

A statement from Tim Hadzima, Abbott World Marathon Majors general manager, read: “While we are distressed to learn of the reports of Jemima Sumgong’s positive drug test, if true, they indicate that we are gaining ground in our long-standing fight against doping.

“The Abbott World Marathon Majors is committed to eradicating doping and we will continue to lead the way in introducing and campaigning for aggressive measures.

“To that end, we recently, in conjunction with the IAAF, built and funded one of the largest targeted testing pool of athletes, with an aim of requiring more than 150 individuals to submit to out-of-competition testing a minimum of six times a year.

“As we understand it from reports, one of those out-of-competition tests resulted in Jemima Sumgong’s provisional positive results.  This demonstrates that, while there is more work to do, our efforts have served an important purpose.

“Sumgong currently leads the standings for AbbottWMM Series X, which concludes at the April 17 Boston Marathon. Under AbbottWMM rules, any athlete who has been found guilty of any anti-doping rules enforced by the IAAF, WADA, National Federations or any of the individual AbbottWMM races is not eligible to win a AbbottWMM Series title.

“Given our policies, until the conclusion of Jemima Sumgong’s case and any potential appeal process, we will not name a Series X women’s champion.”