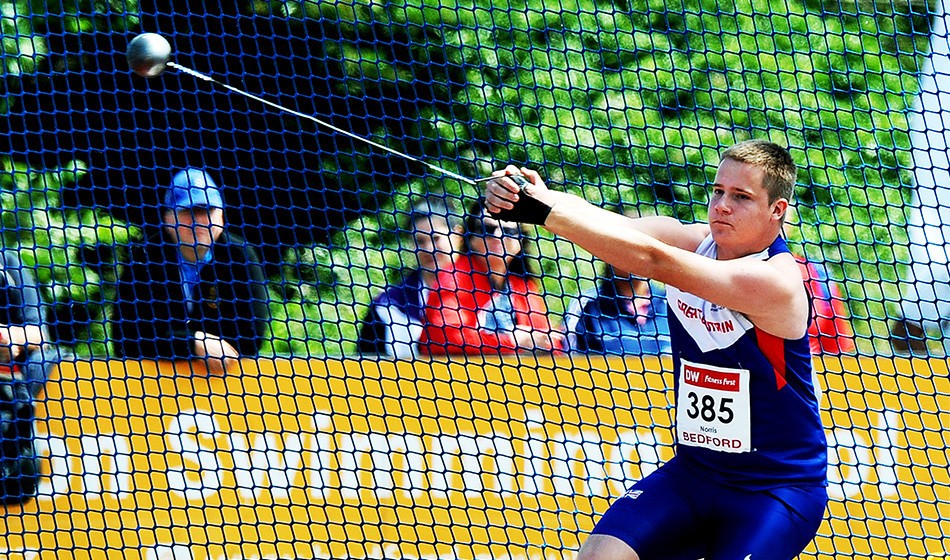 Jake Norris hopes that being part of the Olympic Futures programme will help him continue the relentless progress that saw him smash the British junior hammer record during 2018 in addition to winning world under-20 gold.

The 19-year-old from Windsor is currently studying physical therapy at Louisiana State University, where he lives in the same four-person student flat as teenage pole vault talent Mondo Duplantis.

The strict collegiate rules in the United States mean he has had slight problems accessing the Futures funding while in America but when he is at home in the UK he has made great use of it and, along with coach Paul Dickenson and his support team, it has led to him throwing UK records of 80.65m with the 6kg hammer and 73.24m with the senior hammer in 2018.

“It’s a lot of help, especially when I’m in England, which is basically around half of my season, as it takes some expenses off my shoulders and makes things easier,” says Norris, who was recently named junior male athlete of the year at the British Athletics Writers’ Association awards in London.

“During my first year on funding it gave me the chance to go warm-weather training in Leiria in Portugal as well.”

As for his 2019 plans, Norris says the NCAA Championships and European Under-23 Championships are “definitely on the cards” but when it comes to the IAAF World Championships in Doha he says it depends on whether his remarkable progression of recent years begins to plateau or not.

“If I manage to improve at the rate I have been I hope to make the team for Doha,” he says, “but I’m bound to slow down soon and I don’t know when that will be.

“Last year I improved by five metres and the year before that six or seven metres. Those are huge jumps and no one usually does that.”