Jake Heyward hopes for a hat-trick 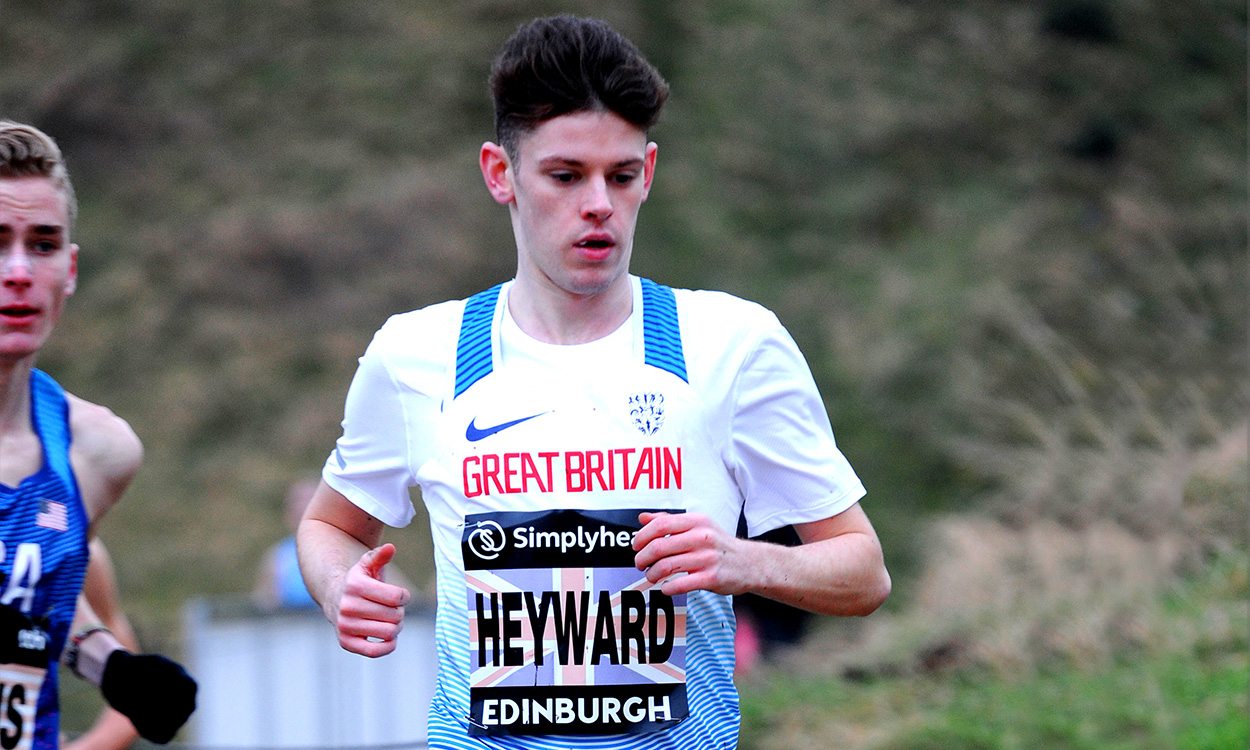 Having struck gold over 1500m during the past two summers – at the European Youth Olympics and European U20 Championships – Jake Heyward is aiming to bow out of the junior ranks in style by making it a hat-trick of international titles at the IAAF World U20 Championships in July.

“My main focus of the season is the World Juniors. However, first I’m focused on having a solid cross country season, as I believe this is the foundation for success on the track and I will also look at putting some markers down indoors,” he revealed, ahead of clocking 8:00.93 to improve the 50-year-old British under-20 indoor record in Cardiff recently.

The 18-year-old had already started his winter in good form, placing fourth at the UK Cross Challenge in Liverpool, thus earning him selection for the British team at the European Cross Country Championships, where he placed 30th in the under-20 race. He pulled on the GB kit again as he finished seventh in the junior men’s event at the Simplyhealth Great Edinburgh XCountry.

The Cardiff athlete names his European U20 title from last year as his best achievement to date. “At the European Youths in Georgia in 2016, I had to overcome illness, but the European Juniors stands out to me, as the standard of competition was on a completely different level,” he explained. “I think what made it special was the fact that nobody expected me to win, as I was ranked about 10th going into the competition.

“I just wanted to take each round as it came, keep a cool head and make sure I had a plan for certain scenarios. My main goal was gold after having a taste of it in Georgia.”

“In the team meeting, Jo gave us a quote, ‘opportunity is never lost, someone will take the ones you miss. Seize the moment’. This stuck with me throughout the championships,” recalled Jake. The words of wisdom clearly struck a chord with the teenager, as he grasped the opportunity, ran his race to perfection and brought home the gold.

Having recently started a finance degree at Cardiff University, Jake now trains with James Thie as part of a strong squad.

“James helped ensure a smooth transition to university and we made sure not to push too hard during the initial stressful period,” he added. “The most important thing is that I am able to stay healthy for the duration of the winter in order to reap the benefits on the track.

“The strength and depth of the group is phenomenal and I have already learnt so much from the likes of Ieuan Thomas and Tom Marshall.”

However, Jake is also quick to credit the role his former coach, Paul Darney, played in his development.

“I did a lot of training on my own, as many of the guys went to university in 2014. However, that made me strong mentally and I was never afraid to front run. However, now I am enjoying the social aspect again,” he explained.

The two athletes Jake looks up to most are fellow Welshman and 2:09 marathoner Dewi Griffiths and Olympic 1500m champion Matt Centrowitz.

“Dewi’s mental toughness during training and racing is seriously impressive,” he said. “I admire the fact he has no fear and will give everything he has, no matter what.

“Matt always manages to get himself in a good position to give himself the best possible chance of winning. The last race I watched before the European Juniors was his Olympic gold medal-winning performance and I tried to emulate the tactics he showed in the final.”