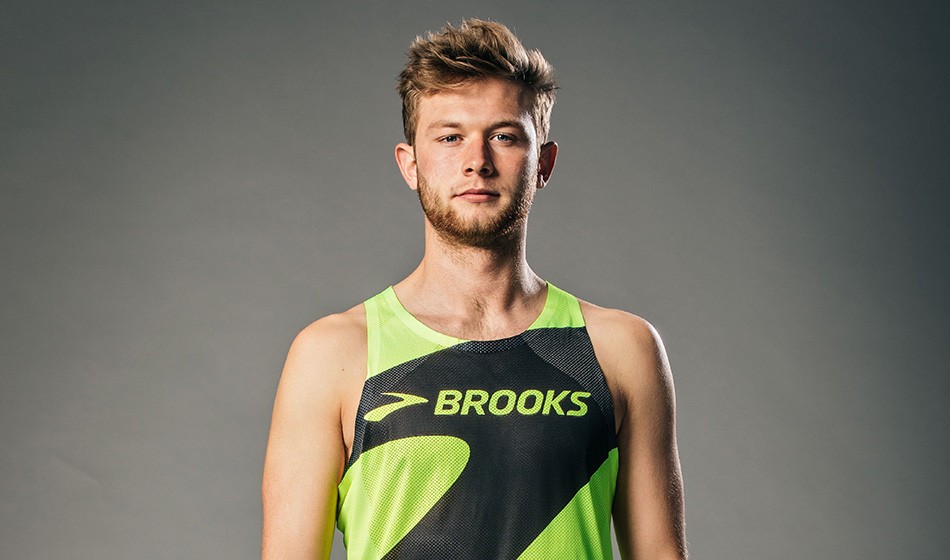 It will all be different this time. Should Josh Kerr find himself on the Great Britain team for what would be his second world championships, there will be little trace of the youngster who made “rookie mistakes” and finished 11th in his 1500m heat in London two years ago. He will have instead been replaced by a more rounded individual – a more experienced athlete who is fully focused on what he wants to achieve and aware of what he needs to do to achieve it.

Judging by his performances so far this year, the 21-year-old from Edinburgh looks a sure bet for achieving the first goal of making that team for Doha – albeit that will in itself be a worthy accomplishment given the standard of opposition he will face at the British championships at the end of August.

Should all go to plan then the second, more substantial, target will come into view. Winning his first global medal.

Speak to those behind the scenes in the sport, particularly north of the border, and Kerr’s is a name which causes a ripple of excitement due to the clear potential he possesses.

The former European under-20 1500m champion has hardly gone unnoticed – three NCAA titles and a clutch of records underline his abilities – but, given that he does train and race on the other side of the Atlantic for much of the year his profile is perhaps not quite as high on these shores as some of his fellow British middle-distance colleagues.

That situation will surely change, however, should he continue in the vein of form with which he has begun the 2019 outdoor season.

Four races thus far have produced four personal bests. A first ever outing over 5000m last month brought a time of 13:28.66, “I do feel like I could have gone a lot faster but I’m not complaining”, while 1:46:06 last month represented a two-second improvement for 800m and he went faster still in California just a few days ago, clocking 1:45.35.

Then there’s the 1500m. On June 15, at the Brooks PR Invitational in Seattle, Kerr clocked 3:33.60 and promptly took over from Steve Cram as British under-23 record-holder.

“Yes, it was a really tough race and I had to work extremely hard to get to 3:33 but, give me perfect conditions, a better build-up and a time in the season when I know when I want to peak and I know I can run faster”

The really exciting thing, though? “There’s more there,” says Kerr, reflecting on his 1500m. “We’re not peaking right now. We worked hard for it but we’ve been doing tough races and a week previously I had run 1:46 for 800m. I was back in the UK for two to three weeks to sort out my (US) visa which was reasonably stressful and it wasn’t anywhere near perfect conditions.

“Yes, it was a really tough race and I had to work extremely hard to get to 3:33 but, give me perfect conditions, a better build-up and a time in the season when I know when I want to peak and I know I can run faster.”

Kerr is also aware that, to achieve his ultimate goal, he will indeed have to get quicker but he emits a quiet, calm confidence that suggests there’s no hurry just yet.

This is a man very much at ease and extremely happy with his lot in life right now. He admits it was a risk to turn professional last year and sign up with the Brooks Beasts team headed by Seattle-based coach Danny Mackey but it is one that is clearly paying off.

“It’s definitely a support system that’s easy to thrive in, put it that way,” he says.

Such is the quality of his set-up that Kerr has felt more than happy not to spend much of the summer travelling on the high-profile European circuit and instead do much of his early-season work on American shores.

A Diamond League debut will be made at some stage this summer, but Kerr crucially now knows what works for him and the importance of getting his preparations right was one of the key lessons he learned during that last world championships summer of 2017. 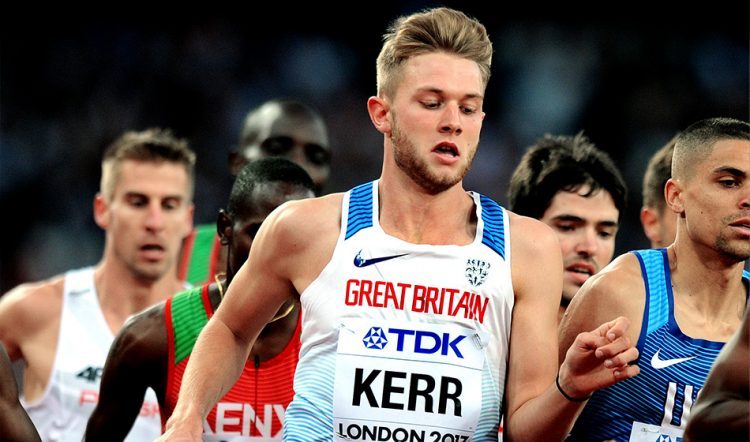 “I ran really well at the trials (finishing second) and went to the (preparation) camp at Font Romeu. I was like a newcomer just not really knowing what he was doing.

“Font Romeu didn’t really work for me. I was living by myself a bit as a lot of my room-mates had moved out to go to the second camp but I decided to stay put as I work better at altitude.

“But I was on my own a lot and training on my own and it just didn’t work for me.

“It wasn’t British Athletics’ fault. I was a young at the time, I didn’t know what I wanted and the Font Romeu camp was the one that made most sense on paper for me, so I only had myself to blame. I didn’t speak up, I was kind of riding it out.”

“These all sound like rookie mistakes but you need to iron out these creases in the first big one and I took a load of experiences from it. I know what works for me now.”

“The times can come and you need to run them to be competitive in the big championships but if you go out and run 3:30 but someone else has won a world medal, who’s more important?”

It is not just the support he receives from his team in America which is crucial to Kerr, however. His family, and their own sporting achievements, play a particularly inspirational part.

Dad John was a useful rugby player, winning international honours with Scotland A and the Scotland sevens side, however it is the career of brother Jake which Josh is quick to credit when asked about his sporting influences.

The Kerr siblings were both spotted by an Edinburgh AC coach as youngsters but Jake opted to pursue rugby. He now plays with Leicester Tigers and won his first cap for Scotland in this year’s Six Nations but his path to success has not been without its agonies.

“He has gone through some pretty terrible injuries over the last three or four years,” says Kerr, a clear sense of pride in his voice. “He had three big surgeries and the most depressing thing is that he worked out he was playing 13 minutes of rugby per injury or something ridiculous like that.

“So watching him get those surgeries, be positive about it, working hard at his rehab and ending up at an amazing place like Leicester Tigers just makes me appreciate being injury-free and being able to run on the track.

“There have been a number of times when he wanted to give up his rugby career, and he went to Loughborough University and thought ‘this is it for me’ but then Leicester Tigers approached him and he has signed a good contract with them.

“You never know what’s around the corner but if you work hard and continue to stay positive about things, even if life’s throwing stuff at you and giving you a bad hand, you just need to trust the process a bit and trust in your team. That’s what he did and now he’s in an amazing position and playing for an amazing club.

“He got his first cap for Scotland almost exactly a year after thinking he was going to have to give up, so what a turn of events it was.

“He works extremely hard and is a great inspiration for me. He still thinks he could beat me over 800m, even though he now weighs 250lbs or something like that!”

Kerr chuckles at the thought of that scenario but this sibling rivalry is clearly a healthy one. Just like his brother, he is driven by the thought of reaching the top. Dethroning Cram in the record books has been nice, of course, but it’s not top of the wish list.

“It was definitely a goal this year to take that under-23 record,” says Kerr. “I think it was well within my grasp and hopefully I can take some more off it but it’s much more important for me to have a good go at getting to my first world final and getting my first world medal is the big goal.

“The times can come and you need to run them to be competitive in the big championships but if you go out and run 3:30 but someone else has won a world medal, who’s more important?

“For me, being a big name and taking a medal away from the world championships is way more important than running faster than I have.”

Do that, and life will indeed become very different.