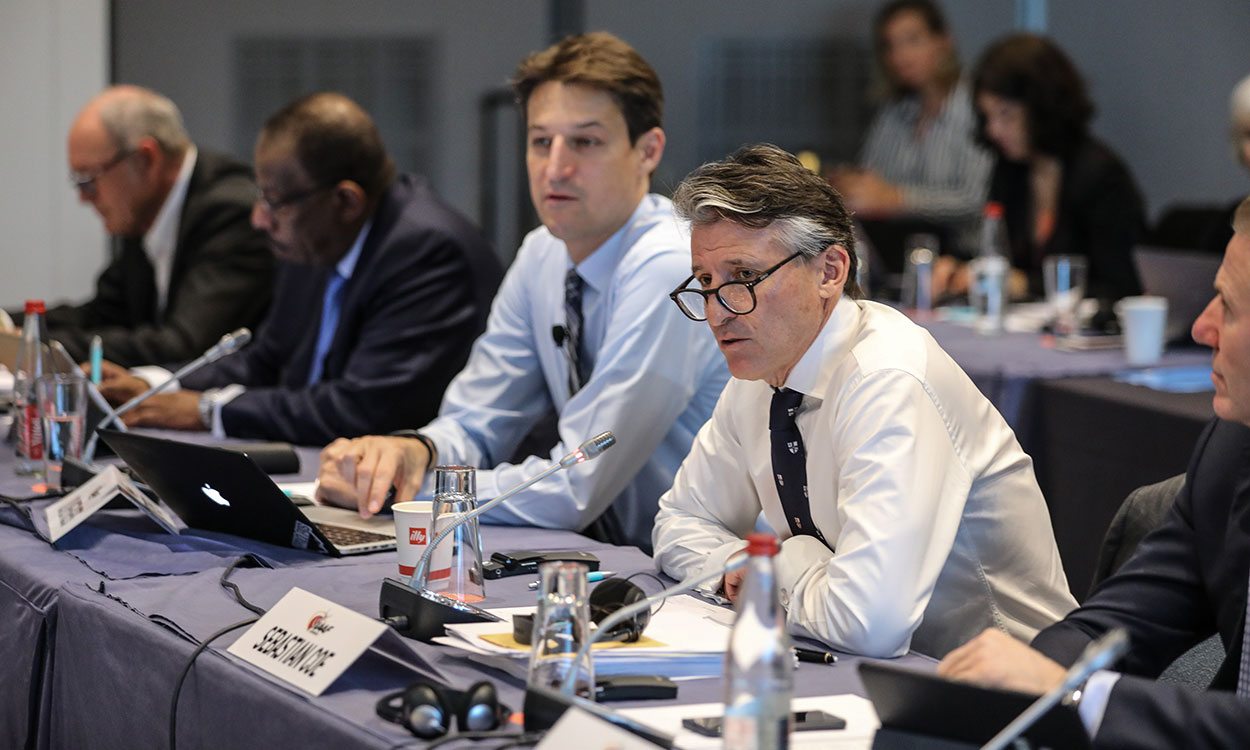 Updates from the 212th IAAF Council meeting in Monaco also include confirmation that the transfer of allegiance process remains frozen, with further work required

Russia’s suspension, 2020 event host cities and the transfer of allegiance process were among the topics of discussion at the two-day 212th IAAF Council meeting in Monaco.

At a press conference held during the second day of the meeting, it was confirmed that the Russian Athletics Federation (RusAF) is to remain suspended as an IAAF member, with some but not all of the reinstatement conditions having been met.

Again, the IAAF Council approved the unanimous recommendation of the IAAF Russian taskforce not to reinstate RusAF until all of the reinstatement conditions the Council has set have been met in full.

IAAF Council heard how only one of the five remaining conditions in the reinstatement roadmap has been fully met to date, which is support for the ‘Clean Sport Movement’, while two others – satisfactory testing and a solution to the problem of enforcement of provisional suspensions of coaches – have only been partly met. Two – acknowledgement of McLaren findings and the reinstatement of RUSADA – have not been met at all.

The suspension of RusAF as an IAAF member has been in place since November 2015 and it came after a World Anti-Doping Agency (WADA) Independent Commission report detailed findings including a “deeply rooted culture of cheating” in Russian athletics.

Commenting on the latest report delivered by the taskforce to the IAAF Council (which can be found here), independent chair of the taskforce, Rune Andersen, said: “RusAF continue to work hard at reforming Russian track and field, and the taskforce continues to support those efforts. However, there are several reinstatement conditions still to be satisfied. In particular, RusAF needs the Russian authorities to get RUSADA reinstated and to acknowledge the McLaren findings.”

The IAAF added: “The Council also approved the taskforce’s recommendation that the current verification criterion that a Russian athlete must undergo at least three tests in the six months prior to international competition be replaced with a requirement that RusAF ensure an effective, intelligent and proportionate test distribution plan is implemented for testing its athletes at the national level, with the Athletics Integrity Unit to determine whether this reinstatement condition has been met.”

Asked whether there is any possibility that the reinstatement conditions could be met before the IAAF World Indoor Championships in Birmingham in March, Andersen replied: “We are in constant communication with RusAF, with RUSADA, with WADA and also the IPC which is also dealing with this issue. Which means that at a certain stage hopefully we will be able to recommend to the IAAF Council to have RusAF reinstated. When? It is impossible for me to say. As soon as those conditions have been met we will certainly liaise with the president here and we will find a way to deal with that at the appropriate time.”

Coe added: “It is worth remembering that the ANA (neutral) athletes has been an important way of fulfilling one of the very clear philosophies that have underpinned this whole process, which is separation where possible of the clean athletes from a tainted system or at least a system that is trying to recover from the previous very high-profile concerns that have been expressed.”

Belarus, Ethiopia, Kenya and Ukraine remain on the list and a new set of requirements for these four federations will be prepared based upon their anti-doping activities in 2017.

With regards to the transfer of allegiance process, which was frozen following the last IAAF Council meeting in February, it was announced that more work and time is required before any rule change proposals can be made.

The IAAF working group will continue to consider the rules and a review will take place in March. Until then, the transfer of allegiance process will remain frozen.

“With athletes’ welfare and the integrity of competitions at stake, this is not a process which should be rushed,” said Coe. “We must get this right and if that requires further consultation, discussion and research then that will be time well spent to safeguard athletes’ safety and the sport’s credibility.”