IAAF ‘disappointed’ by Russia’s lack of progress towards reinstatement 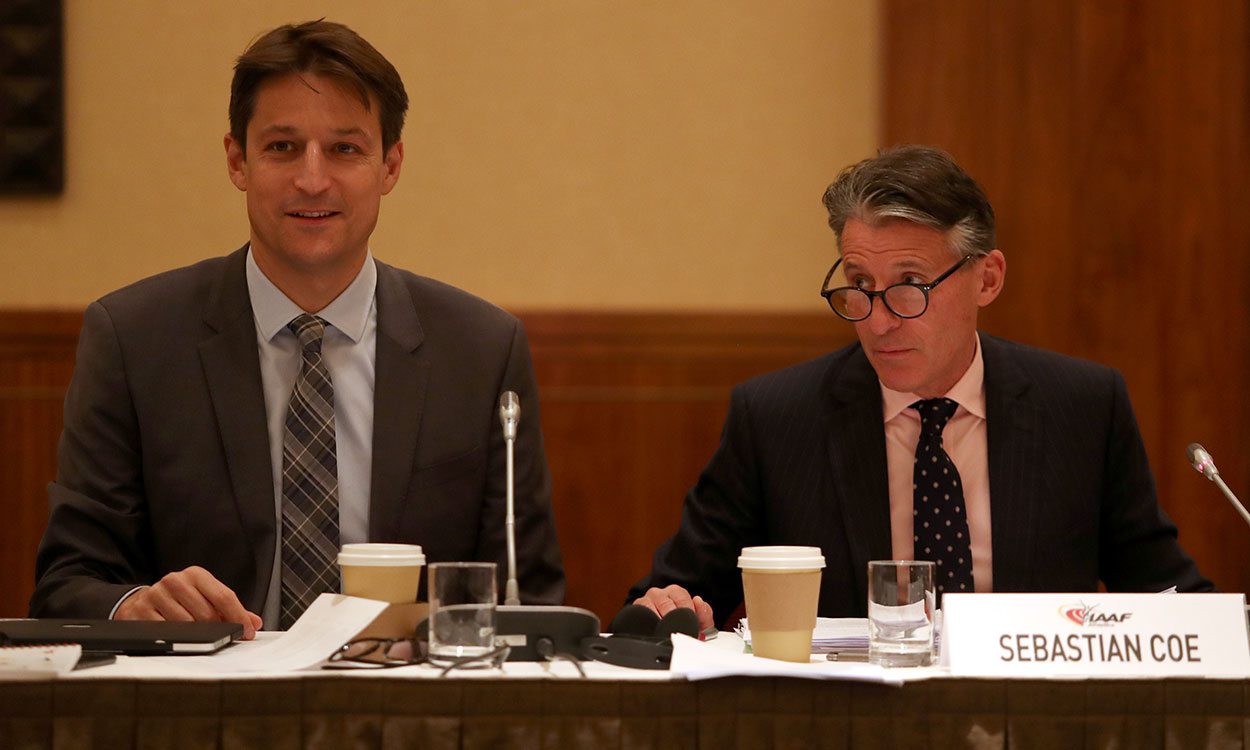 International Association of Athletics Federations (IAAF) president Seb Coe has said the IAAF Council was “disappointed and concerned” to learn that the prospect of reinstatement milestones being fulfilled this year by the Russian Athletics Federation (RusAF) remains “a distant one”.

The suspension of RusAF as an IAAF Member has been in place since November 2015. It came after a World Anti-Doping Agency (WADA) Independent Commission report detailed findings including a “deeply rooted culture of cheating” in Russian athletics.

In February the IAAF Taskforce presented to the IAAF Council a roadmap of six milestones for RusAF’s reinstatement, but a further interim report, delivered to Council by Taskforce member Geoff Gardener on April 13, the second and final day of the 209th IAAF Council Meeting in London, highlighted concern “that little progress has been made” since its last report.

“The six milestones are still outstanding and at present it does not look like they will be met any time soon,” wrote Taskforce chair Rune Andersen.

The six milestones and an update on each can be read in full here.

Speaking after the IAAF Council meeting, Coe said: “There is no reason why better progress has not been made. RusAF should be under no illusion at all – the criteria that we laid down is the criteria that stands. This is what we are working to.

“There is testing taking place but it is still far too limited. The Russian investigative committee still is refusing to hand over athlete biological passport samples for independent testing at labs, we have still got athletes in closed cities that are difficult, if not impossible, to get to. We’ve got coaches still plying their trade and we have got the head coach of RusAF effectively refusing to sign their own pledge to clean athletics.”

He added: “There is some way to go. We are going to see this through – this is non-negotiable.”

Two days earlier, the IAAF had announced that it had approved the applications of seven Russians, including world champions Sergey Shubenkov and Maria Kuchina, to compete in international competition as neutral athletes.

It was also announced on Thursday that the IAAF Council has agreed to the formation of a Prize Money Working Group, chaired by Pierce O’Callaghan and including Britain’s world marathon record-holder Paula Radcliffe, José Maria Odriozola, Duffy Mahoney, Pauline Davis and Paul Hardy. The Working Group will report back to the Competition Commission.

In March 2016, a number of current and former athletes, including Radcliffe, had been among those to add their names to a petition urging the IAAF to demand the repayment of prize money and appearance fees from Russian athletes before the country’s reinstatement.