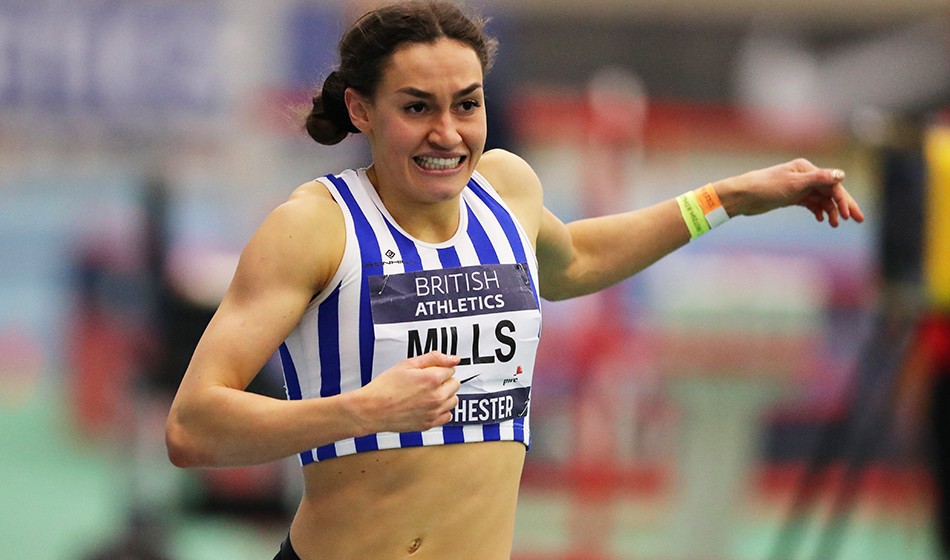 Last week, Holly Mills moved up to fifth on the pentathlon UK all-time list with a PB of 4557 points in Manchester and the 20-year-old is looking to replicate that form on the biggest stage of her career so far.

“Manchester was half expected and half a shock. Both me and my coach went into it knowing that I could do 4400 points, but then to exceed that by 150 points was a bit of a shock. I just produced solid events throughout the day which I don’t think I’ve ever managed to do in my multi-event career for the past two years,” she tells AW.

“I’m so excited, I mean, I’d be excited as it is but given we haven’t even had competitions in about a year that makes it all the more exciting.”

“If you asked me a year ago I definitely wouldn’t have said that shot put was one of my favourite events. I’m still kind of wary of shot put as it’s still one of those events that could go really well or not so well, it’s definitely not consistent yet,” she says. 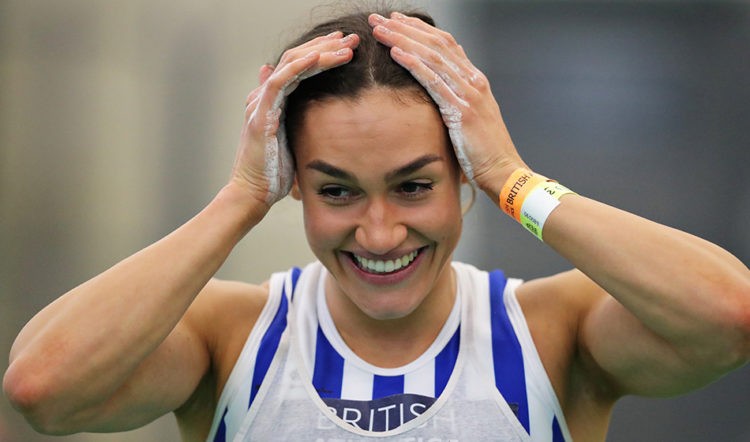 “Now I’ve thrown 14m ahead of schedule and now we’re going to be make that length my consistent throw so these championships will be interesting for me to see if I can match of better that.

“I’m excited by all the events but I never look forward to the 800m. It’s nice to know that I’ve got a good time of 2.12 in my back pocket but I’m not going into the event thinking that people are going to overtake me. It will be painful producing the time but I know I’m competitive.”

Competition in Toruń will be tough with the 12-strong field consisting of world indoor silver medallist and 2017 runner-up Ivona Dadic, together with Noor Vidts, who topped the rankings with 4665 points in 2019, and fellow Belgian and Olympic, world and European champion Nafissatou Thiam.

Incredibly, Mills has never met Thiam and the first time she will stand next to her will be in Toruń. 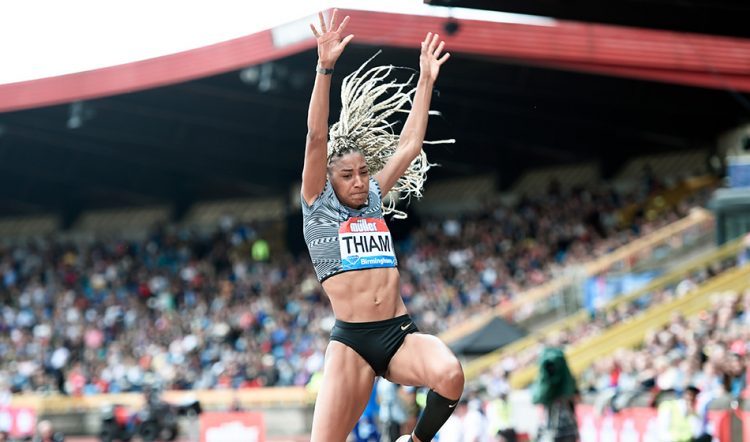 Nafi Thiam is the one to beat in Poland (pic: Mark Shearman)

“The list of the 12 athletes who are going to the event is at a crazy standard. Thiam is the Olympic champion and believe it or not, I’ve never actually seen her in person and only watched her on the TV for the past four to five years,” she says. “That’s going to be kind of crazy then, competing with her, as I’ll be standing next to her for the first time!

“Definitely enjoying it and soaking up the experience is number one on my list to do. I am competitive and I want to do the best that I can on the day but it is my first senior championships and it’s kind of the perfect one to dip your toe in the water with. It’s definitely going to be one for experience and just getting used to being a senior athlete now!”

Mills will follow in the footsteps of both Ennis-Hill and Katarina Johnson-Thompson – who won the 2018 world indoor pentathlon title in Birmingham – when she competes this weekend and is relishing the idea of following in their footsteps.

“The string of British heptathletes growing up since I’ve been born has been at a ridiculous and world class level so to potentially do the kind of things they did is really exciting. I’m probably more relatable to Jess as an athlete in terms of body type and strengths and weaknesses but they’ve both excelled on a world class level!

“I met Jess last year and she told me just to enjoy the whole experience. She just painted a really good picture for me, of it just being the Disneyland of athletics. It was just really nice of her to say to not put too much pressure on the multi-events!”

If Mills can improve again from her form in Manchester, she may well find herself in fantasy land.