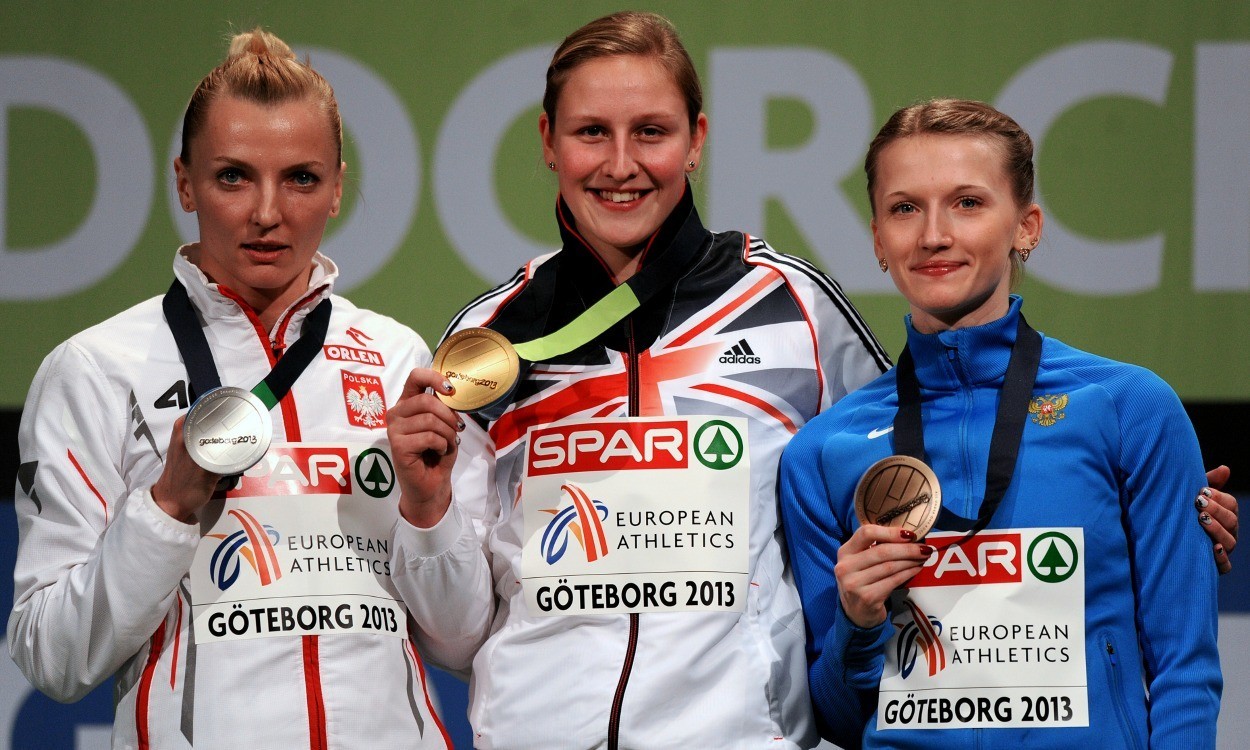 Holly Bleasdale is prepared to play the villain at this weekend’s IAAF World Indoor Championships in Sopot, Poland, as she goes up against home favourite Anna Rogowska, the athlete she beat to European indoor gold in a jump off just over a year ago.

And she says she’d do it again if she had to, such is the the 22-year-old’s determination for victory.

“Last year she (Rogowska) wanted to share the gold and I refused,” Bleasdale explains. “I wanted to fight for it in the jump off and beat her.

“Scott (Bleasdale’s coach) came up to me and asked me if I wanted to share the gold. Not for a second did I even contemplate saying yes. I knew by her wanting to share gold that she was done, she was tired, she was psychologically a little bit weak and I thought I could take advantage of that and it paid off in the end. It sounds really harsh when I say it but that’s what athletics is.

“My tally of winning jump offs is very good at the minute. I would definitely say jump off all the way,” she adds, on the subject of going for gold in Poland. “I love pressure, I harness it.”

The 2012 world indoor bronze medallist has had a solid season – three clearances of 4.71m or above, together with an invalid 4.81m at the UK Championships – though Sopot-born 2009 world champion Rogowska currently leads the world rankings with 4.76m, her highest clearance in three years, from the Briton’s 4.73m.

But does Bleasdale feel threatened by her, particularly as the Pole will have home support? Of course not. Though she knows it’s not just Rogowska who’s going to be up there fighting for the top podium spot.

“She’s really the big poster girl. I just need to not worry about what she’s doing. It is a really strong field with a lot of big names and I think it just gets me more excited,” says Bleasdale, who will also face the likes of world indoor record-holder Jenn Suhr, Olympic silver medallist Yarisley Silva and 2011 world champion Fabiana Murer on Sunday. “I’m always better in a competition where I have people pushing me and clearing bars ahead of me, it really fires me up.

Having missed last year’s outdoor world champs though injury, she adds: “My training’s going awesome, I’m fitter and stronger than ever. I feel like I’m in PB shape, I just need to deliver that.”