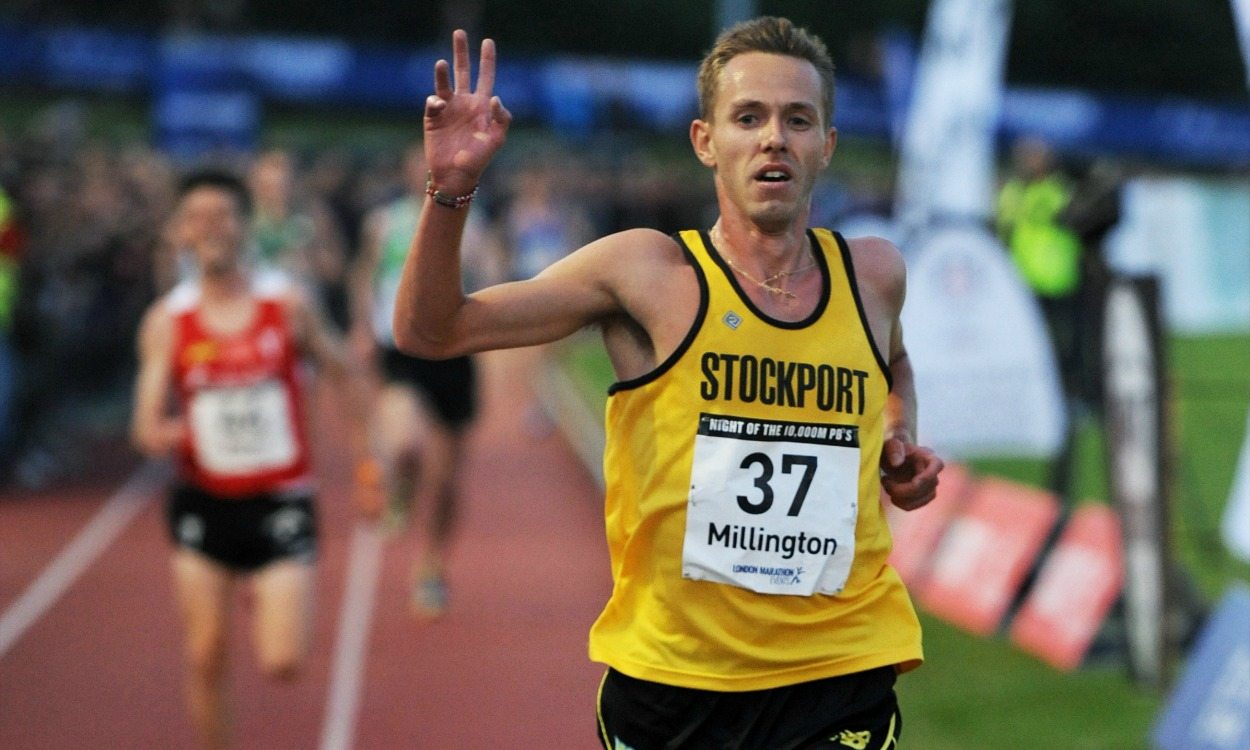 The Olympic trial winner at Highgate in 2016 says the atmosphere at the Night of the 10,000m PBs was better than in Rio

The thrill of racing past fans packed in lane three of the Parliament Hill track at last year’s Highgate Harriers Night of the 10,000m PBs was more exhilarating than the Olympic final in Rio. That’s the view of Ross Millington, the Stockport Harrier who won the Olympic trial race at Parliament Hill last year before competing for Britain in Brazil.

“I would never want to describe the Olympics as an anticlimax but the atmosphere in Rio just did not compare to that night in London,” he says.

“Obviously you can’t have people cheering in lane three at an Olympics, but in terms of atmosphere created away from large stadiums, events such as Highgate are the way to breathe some life back into athletics, especially distance events.”

Part of the atmosphere at the Highgate event is due to athletes racing through a ‘lactic tunnel’ tented area and organiser Ben Pochee plans to have two marquees of 30m in length at the venue this year.

Millington adds: “Most, if not all, of my more enjoyable races have come in front of larger crowds. I thrive off the atmosphere and enjoyment.

“The best athletics events for me come from smaller settings with massive crowds as the atmosphere is retained and people seem to be more receptive to enjoying themselves and interacting with the event rather than just standing watching in silence.

“Events such as the Great Edinburgh XC in 2016 had crowds the whole way around that were screaming in your face. Bolzano Silvesterlauf is a 10km road race held on a 1200m circuit, where you run through Christmas markets with people cheering the whole way around.

“Elgoibar is also a great course where you run a lap on the track and then a small circuit around the track, again this had people cheering the whole way around.

“These events, where the spectators are crammed in and enjoying themselves with food, drink and sport are great to be a part of.”

The 2017 Highgate event takes place on Saturday (May 20) and is the British trial for London 2017 with guests such as Paula Radcliffe, Seb Coe and Ronnie O’Sullivan set to attend.

“Highgate last year is to date one of the best events I have ever taken part in,” adds Millington.

» See the May 18 edition of AW magazine for an in-depth look ahead to Saturday’s Highgate Harriers Night of the 10,000m PBs action