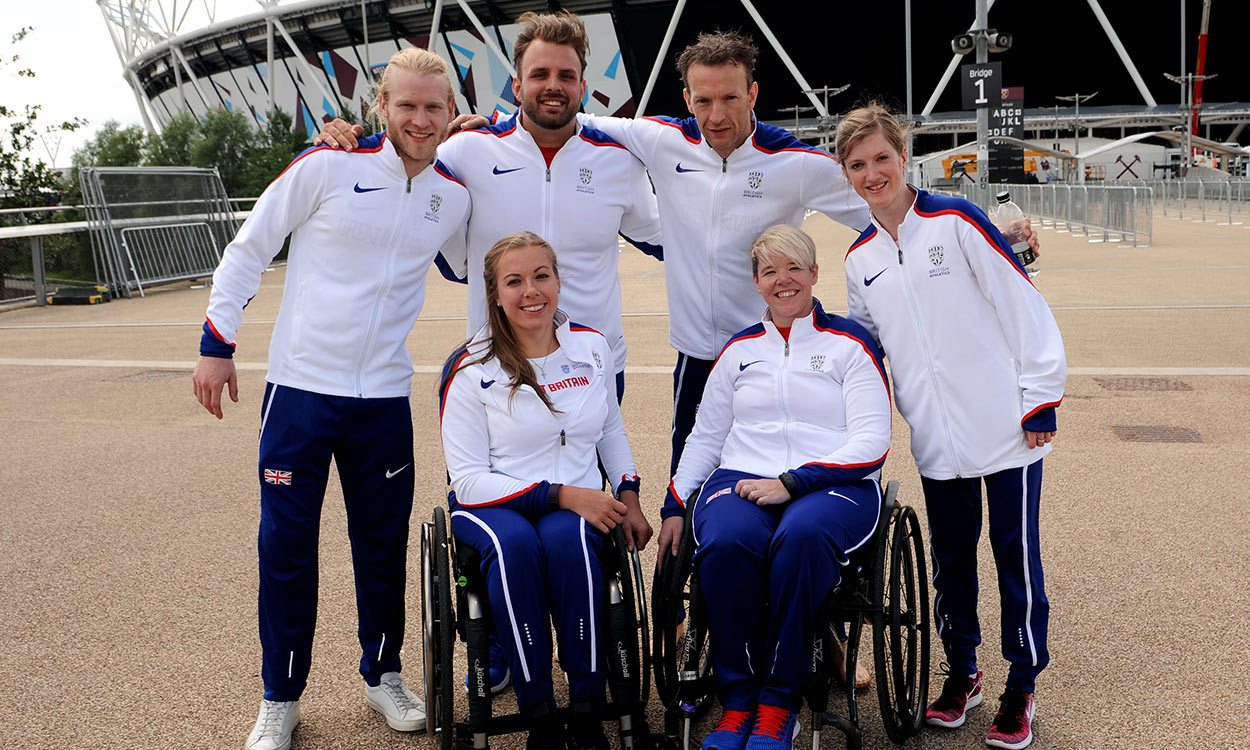 A total of 21 Rio Paralympic medallists, including 10 champions, have been selected to represent Great Britain at next month’s World Para Athletics Championships London 2017.

The 51-strong team features Hannah Cockroft, Aled Davies, Jonnie Peacock and Richard Whitehead, all of whom also topped the podium at the London Stadium five years ago and will be hoping for similar success at the same venue during the Championships, held from July 14-23.

Reflecting on her London 2012 experience and looking forward to her return to the stadium in which she won two of her five Paralympic gold medals, Cockroft said: “When I think about London, it gives me butterflies. It makes me a little bit teary-eyed and I think that’s how it’s going to feel coming back.

“London always gives us the biggest crowds, the most supportive and passionate crowds. They know our names, they care about what we’re doing and that makes it so exciting.

“That atmosphere gives you something, it makes you go that little bit faster.”

Those more experienced team members are also joined by a trio of debutants who will represent the British team for the first time. T13 sprinter and jumper Zak Skinner is selected along with T20 athlete Martina Barber and T42 long jumper Luke Sinnott, an Invictus Games medallist.

Following the initial team announcement, on June 12 British Athletics confirmed that two-time Paralympian Julie Rogers and senior GB debutant Jack Gladman had been added to the team in the T42 100m and T38 1500m respectively.

Double Rio Paralympic sprint champion Libby Clegg has been forced to miss the Championships due to injury, while six-time Paralympic gold medallist David Weir also does not feature on the team after he announced his retirement from international athletics earlier this year.

“We have selected a very strong team for the World Para Athletics Championships in London, and I am delighted to see so many medallists from Rio lining up alongside some new faces at the senior level,” said para athletics head coach Paula Dunn.

“Having a home world championship is very special for all the athletes, coaches and team staff, so we are all very honoured to be representing the British team this summer.

“We have selected five athletes who topped the podium at the Paralympic Games in 2012, so they have valuable experience of a home championship. I expect the British public will throw their support behind the team once more, and our team will create some unforgettable memories for them once again in the London Stadium.”

Dunn was joined by Davies, Peacock, Hahn, Cockroft, Butterfield and Whitehead at a team launch press conference in London on Wednesday. Check out the video below to hear some of what they had to say.