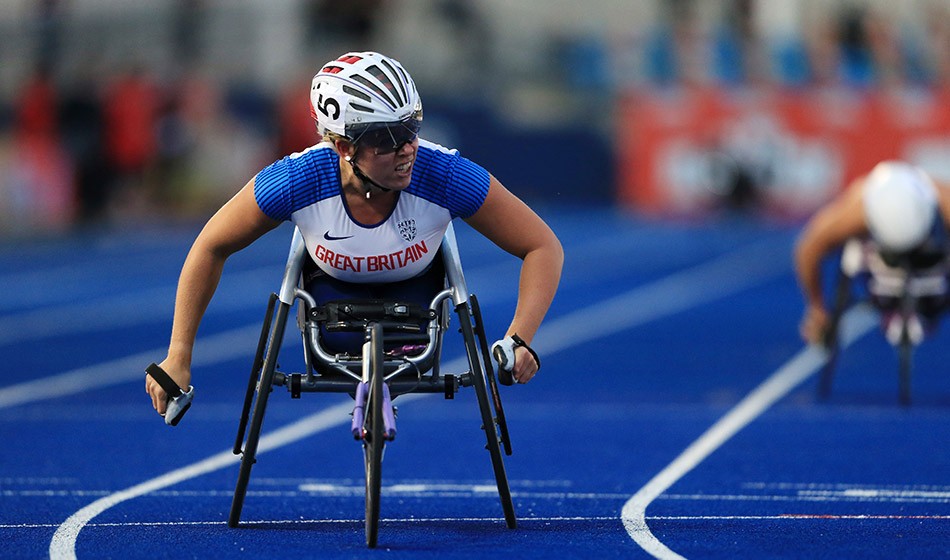 Hannah Cockroft’s Tokyo Paralympic dreams might have been delayed by a year but she is already looking beyond 2021 and relishing a busy competition timetable which she hopes will also feature a Commonwealth Games as well as the World Para Athletics Championships.

The British wheelchair racer has claimed a total of 17 global gold medals – five at the Paralympics and 12 world wins – during her career so far but previous Commonwealth Games programmes have not included her event.

It remains an ambition and the fact that the 2022 showpiece will be taking place on home soil in Birmingham would make it even more special.

The programme for the next Commonwealths is yet to be confirmed but, should it include a T34 track race, Cockroft would be looking at an action-packed period.

“It’s going to be a very busy and tough few years,” she says. “We have the Paralympics (in 2021) and then the world championships and hopefully the Commonwealth Games (in 2022) for me.

“I trust my coach and the team around me that they are going to build a programme around me that means I can handle everything. I’m a person who thrives on being busy anyway, so you can’t leave me to get bored for too long. I find it quite exciting we have back-to-back competitions. I’m not bothered, I’ll just go for it.”

Cockroft has described 2019 as having been a “deciding year”. After not performing as well as she wanted in 2018, she wondered “was that it?”

READ MORE: Hannah Cockroft back on track after “knock” of Paralympics postponement

But last year saw her go faster than ever in the 100m and win two titles at the World Para Athletics Championships in Dubai so now she is even planning for the Paris Paralympics in 2024.

“I always said to myself I’ll get to Tokyo and decide (whether to target the next Paralympics) but now it has been shortened to three years between Games it doesn’t feel like there’s a chance to decide after Tokyo,” she says. “I have to know if I want to carry on before then.

“This year has given me the chance to really think about it. I miss the track and racing and the adrenaline you get from going out and representing your country.

“It’s good I had that time out to realise what my life would be like if I wasn’t an athlete. It has been nice to sit at home but I don’t know if I would want to do it all the time.

“I don’t know beyond Paris but it’s been nice to think about the future. I’m 28 now, I didn’t know if that would be too old but thankfully I seem to still be getting quicker so I still want to see what I can do and I think the best is yet to come.

“It’s going to be a busy few years but that means plenty of opportunities to put down some fast times.”

» Click here to read more from an interview with Hannah Cockroft