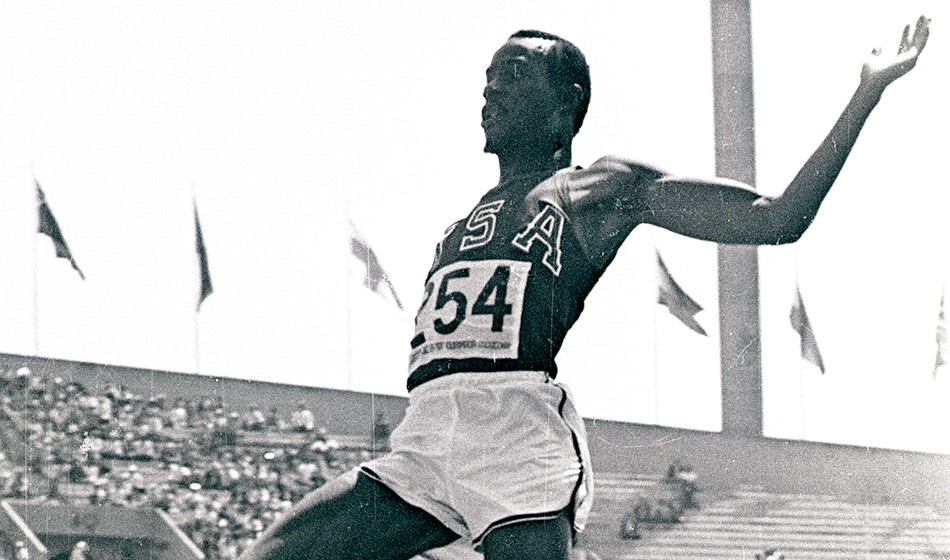 In our series on the most momentous occasions from the past 75 years, we revisit Bob Beamon’s long jump in Mexico 1968 and how it took an almighty duel almost 23 years later to overtake him

One really could not have happened without the other. For Carl Lewis and Mike Powell’s epic long jump battle to have taken place at the World Championships of 1991, first had to come the record they were trying to break during what became a truly titanic tussle in Tokyo.

Almost 23 years previously, at the 1968 Olympics in Mexico City, Bob Beamon had shocked the world by taking the event to a whole new level.

Mel Watman was in the stadium to see it happen and wrote for AW at the time: “With one jump Beamon transformed all ideas of what is humanly possible in his event and, by implication, in all others.

“Here was the man to be feared, the one who could wrap up the title with an initial jump of 28 feet (8.53m). Fast on the runway (he’s a 9.5 100 yards sprinter) the lanky, loose limbed American took off amid gasps of astonishment. Never had such elevation been seen in a long jumper.

“What mattered though was where he landed, and as he touched down after what was to prove the longest unaided flight by man, the crowd by the pit exploded with excitement. “The officials in charge of measurement seemed to be taking an awfully long time so it seemed a pretty good bet that the world record of 8.35m had been bettered, but was it as far as the magical 28 feet? Still no figure flashed on the electrical indicator board, then suddenly everything was happening.

“Beamon was dancing around, kissing the track even, and fellow competitors dashed over to congratulate him. At last the board flickered into life. The figure 8 flashed up, then a 9 … momentary confusion then the stupefying realisation that the jump was 8.90 metres. A frantic check of the tables … 29 feet 2 inches!”

That one great leap, albeit aided by the high altitude, still stood as the greatest ever by the time the 1991 World Championships came around. An American would finish top of the podium again, only it wasn’t the one that many expected would leap their way to gold.

Lewis, who had already won the 100m in a then world record time of 9.86 and had been unbeaten at the long jump for 10 years, had Beamon’s mark firmly in his sights.

He did surpass it in Tokyo, and produced the greatest ever series of jumps which included no fewer than four personal bests, yet still it wasn’t good enough for victory.

Lewis opened in ominous form with a championship record of 8.68m, while Powell went second with an 8.54m in the second round.

Four-time Olympic champion Lewis then improved with jumps of 8.83m and 8.91m. The latter would have broken Beamon’s mark but, with both of his attempts being over the legal wind limit of two metres per second, could not stand for record purposes.

Still, it looked like Lewis was well on his way – until Powell (below) stepped forward in round five. He got everything just right and, with a legal wind and a career-defining jump, his 8.95m sent him soaring into a new stratosphere. 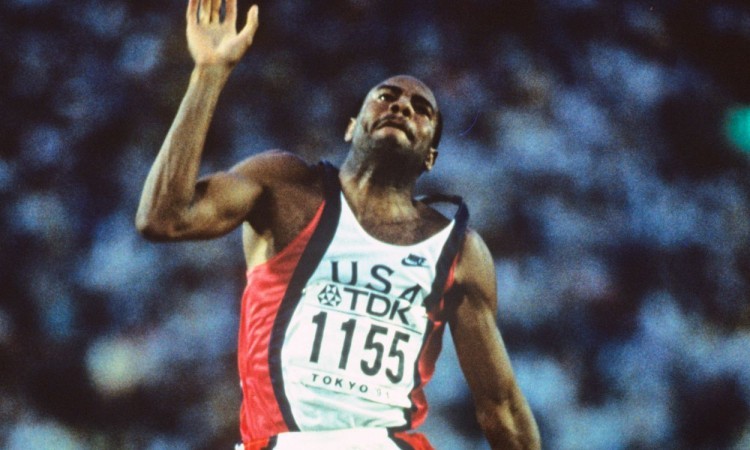 On first glance the effort looked huge and, when the measurements were confirmed, Powell could not conceal his unadulterated delight, spreading his arms wide and setting off on a celebratory sprint down the track.

Lewis had two jumps remaining, however, and the watching crowd and TV audiences were absorbed. It is the only time American network television devoted over 20 minutes to a single field event.

Lewis did respond magnificently, but his leaps of 8.87m and 8.84m were not enough. The unbeatable long jump champion had, at last, tasted defeat.

“I really hate to say, ‘In your face, Carl,’ but, well, in your face,” said Powell in the immediate aftermath.

“I don’t think very many people took me seriously all year when I’ve been telling them that I was going to do this. This is exactly the way I planned it. I said I was going to come to the World Championships, beat Carl and set the world record. And it all happened.

“When Carl put up that mark of 8.91m, I didn’t let myself start to worry about having to jump a new world record to win. I just looked at it like Carl was in first place and I had to go get him.”

He didn’t and Powell had come out on top one the greatest duels the sport has ever seen. He remains the long jump world record-holder, too.