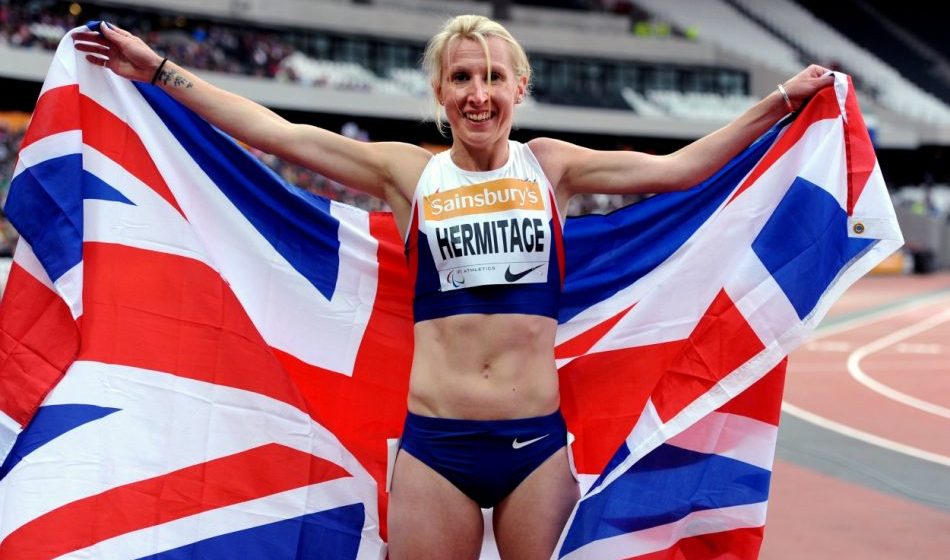 The 30-year-old, who also won four world titles during her career, says the decision to retire is “heartbreaking” but she has been unable to overcome recurring injuries.

The T37 sprinter, who has cerebral palsy, was inspired to return to athletics after watching the London 2012 Games and made her international debut at the World Para Athletics Championships in Doha in 2015.

After calling time on her career, Hermitage said: “It is a heartbreaking decision to retire but despite our best efforts, my body isn’t recovering from injuries which means I’m not able to train or compete to the level that’s required.

“Working with the British Athletics medical team, we have thrown the kitchen sink at trying to deal with the injuries, but they keep recurring. You can never say never, but I know this is the right decision at this point in my life.

“Sport is a lovely thing, but it is not everything,” she added. “I want to be able to go out for a jog with (her daughter) Tilly. I don’t want to miss those lovely moments with her. I’m at a point in my life when that is the most important thing. Tilly is so excited to get her mum back.

“I would have loved to have gone to Tokyo, but I would have been half the athlete I know I can be. The pain and stress it was causing me meant I wasn’t enjoying it as much.”

Reflecting on her highlights on the track, she said: “The 2015 world championships in Doha was a bubble. I remember being in holding camp wearing kit and I was so excited. It was a quick intro into that environment. I think it helped that I met my best friend in the sport on that trip – ‘Butters’ (Jo Butterfield). She was my room-mate and we just got on straight away. I was nervous but not under real pressure, so I really enjoyed those championships. It is one of my happiest memories.

“I’d say the highlight of my career was definitely winning the 100m in Rio. It was not my favourite event so to win it meant even more. The whole race was an out of body experience – I still can’t actually watch it! The relief was so huge, and my euphoria went through the roof. I felt invincible.

“London 2017 was special in a different type of way. I remember there was a really good crowd in for my heats on Saturday morning. The roar was just amazing. Richard Whitehead told me to use it and I pumped up the crowd, it was unbelievable. To win both races in front of Tilly and my family was also very special. I won’t forget that moment.”