Former champions Berhanu and Degefa to return to Dubai Marathon 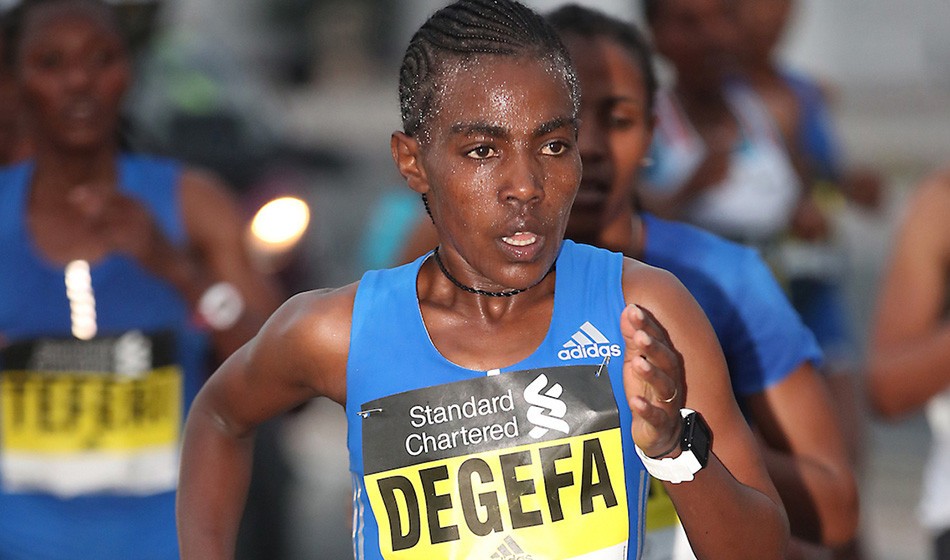 Former champions Lemi Berhanu and Worknesh Degefa will be among the elite line-up when the Standard Chartered Dubai Marathon celebrates its 20th edition on January 25.

The two Ethiopians claimed their victories in 2015 and 2017 respectively and are key figures in the roll of honour of the Middle East’s biggest mass participation event.

Lemi has performed well on the global stage and won the 2016 Boston Marathon but the 24-year-old’s quickest times have come on the streets of Dubai. As well as winning the title four years ago in a time of 2:05:28, he set his personal best at the event when as defending champion he finished runner-up in 2016 in 2:04:33.

Among the leading elite women is Degefa, who stunned the athletics world in 2017 by winning on her marathon debut in Dubai.

The 28-year-old caused quite an upset, beating a strong field of experienced marathon runners in a time of 2:22:36, although she was disappointed 12 months later.

Running in defence of her crown, Degefa set a personal best of 2:19:53 yet failed to break into the top three as four women went sub-2:20 for the first time.

“It’s very unusual that a runner will break the 2:20 mark and not win a marathon,” said event director Peter Connerton.

“But that just shows how deep the quality runs in our elite fields. Last year we had seven men break 2:05 – a unique result in marathon history – so the athletes competing in Dubai know they have to be at their very best to get among the medals.”

The elite runners will get their race under way at 6am local time (2am UK) on January 25, five minutes after the wheelchair athletes take to the course.

The mass marathon field will face the starting gun at 7am with the 10km road race beginning at 8.30am and the 4km fun run at 10.30am. Runners looking to register can still do so by visiting the official website www.dubaimarathon.org.