Fiona Oakes, a runner with a cause 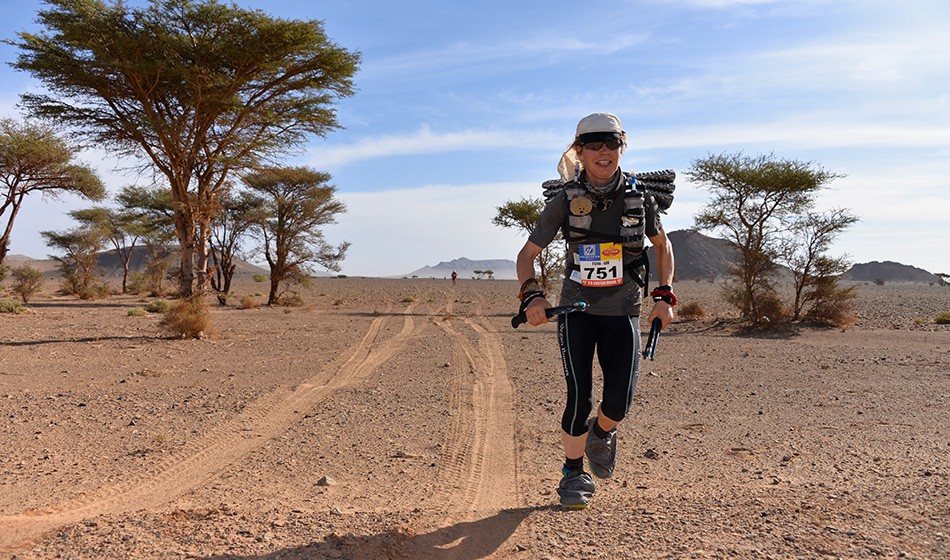 Becoming a runner had never really occurred to Fiona Oakes. Having endured 17 orthopaedic operations and the removal of her right kneecap as a young adult and being told she would not walk properly again meant that putting in the miles wasn’t the first thing which came to her mind.

Yet hers is an internal fire which burns brightly and when looking for a way to promote the cause which drives her everyday existence, a creative solution was found.

“At that time, women’s sport was getting no attention at all and in fact the only sport that was getting any attention for women was marathon running because of Paula Radcliffe due to how well she was doing and setting the world record.

“My idea was ‘okay, I’d better get good at marathon running and then I might be able to get on the back of the positive press that she’s getting’.

“The logic was that if I could compete in a marathon and complete one, then it would show that you could do pretty much anything on a vegan diet. It just grew from there.”

Oakes did get good. Despite the pain brought about by the absence of that kneecap, and the enormous daily physical demands placed on her by the upkeep of the sanctuary, she has achieved top 20 finishes at the London and Berlin marathons, won marathons in both the Arctic and Antarctic and has four world records to her name.

She has been part of countless elite marathon fields but, as if to underline that the vegan lifestyle she has adhered to since she was six does not hinder her in any way, the woman who co-founded Vegan Runners in 2004 went further.

The retained firefighter who is also the patron of several charities is a three-time finisher of and the first female vegan to complete the Marathon des Sables, the six-stage race which covers a total of 156 miles across the Sahara desert, and was a stage winner during the Atacama Crossing last year.

Someone who likes to keep things simple, the self sufficient nature of these ultra challenges was something which appealed to Oakes greatly.

“You suddenly roll up somewhere – in the Sahara desert, for example – and you are stripped of everything you have normally in the civilian world,” she says.

“You’ve got this backpack which you become absolutely obsessed with for the whole week. You sit in your tent at night counting painkillers and boiled sweets, while I’ve seen grown men fighting over toilet paper!

“It does bring you back to that point of ‘how would it be if you couldn’t turn the tap on?’ ‘What would life be if you only had a tent to come home to every night and nothing else, to have all of your possessions in one backpack’.

“Everything becomes so precious. Every item in that pack is like gold because you can’t replace it. It’s not really life or death of course – and it would be insulting to those who have been displaced from their homes and who have nothing to say otherwise – but to people who really want to achieve and get through these races then failure is not an option.

“It teaches you a lot about what the body is capable of, what the mind is capable of and also how rotten life must be for some people and how to be grateful for what you have when you return.” 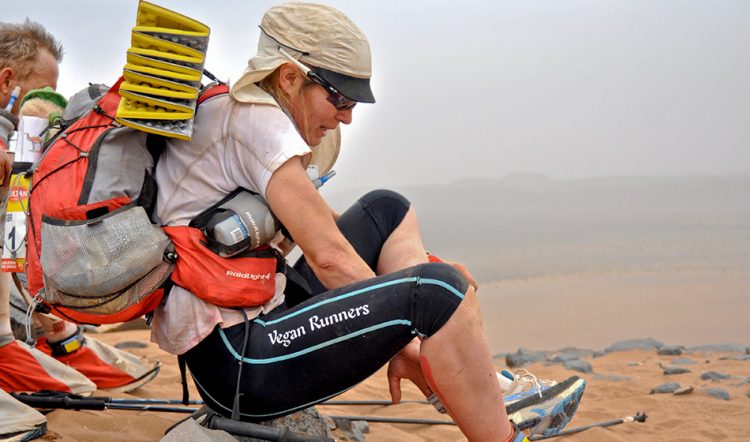 Things have changed markedly since Oakes found herself as “the only vegan in the village” when she first started out. Athletes following a plant-based diet are becoming increasingly common, while many of the world’s top ultra runners extol the virtues of living meat-free.

Oakes, subject of the film Running For Good, is not someone to force her views on others but to those who may be sceptical of the idea she adds: “I would say ‘give it a shot’. I don’t think you will look back – I certainly never have.

“But you’ve got to be balanced and you’ve got to manage it. A vegan diet can be very unhealthy (unless it’s balanced) and now there’s a lot of vegan junk food so just transitioning from one kind of junk to another … it’s got to be a healthy plant-based diet and I think for an athlete – someone who is asking the absolute maximum from their body – it’s got to be transitioned gradually and managed carefully to sustain it and give it validity.

“It’s up to you to work out what your goals are, what your motivators are mentally and physically and whether or not you want to give it a shot.

“If you do, it’s certainly there and available and there’s no reason you can’t perform very, very well on it. It’s not going to be detrimental to your performance level if it’s managed properly, like any diet.”

She adds: “I have a normal digital watch, I don’t have a GPS watch or anything like that, because I’ve learned to listen to what my body was telling me.

“There isn’t one diet fits all, even within a vegan diet. You’ve got to tweak it to what suits you and you’ve got to listen to stimulators and motivators within your own body. Read the messages your body is sending you. It’s telling you if you need more of this or less of that. That’s what I think is very important.”

» The Fiona Oakes Foundation can be found at fionaoakesfoundation.co.uk

» This interview was first published in our latest trail and ultra guide, included with the November 28 edition of AW magazine, which is available digitally here or to order in print here