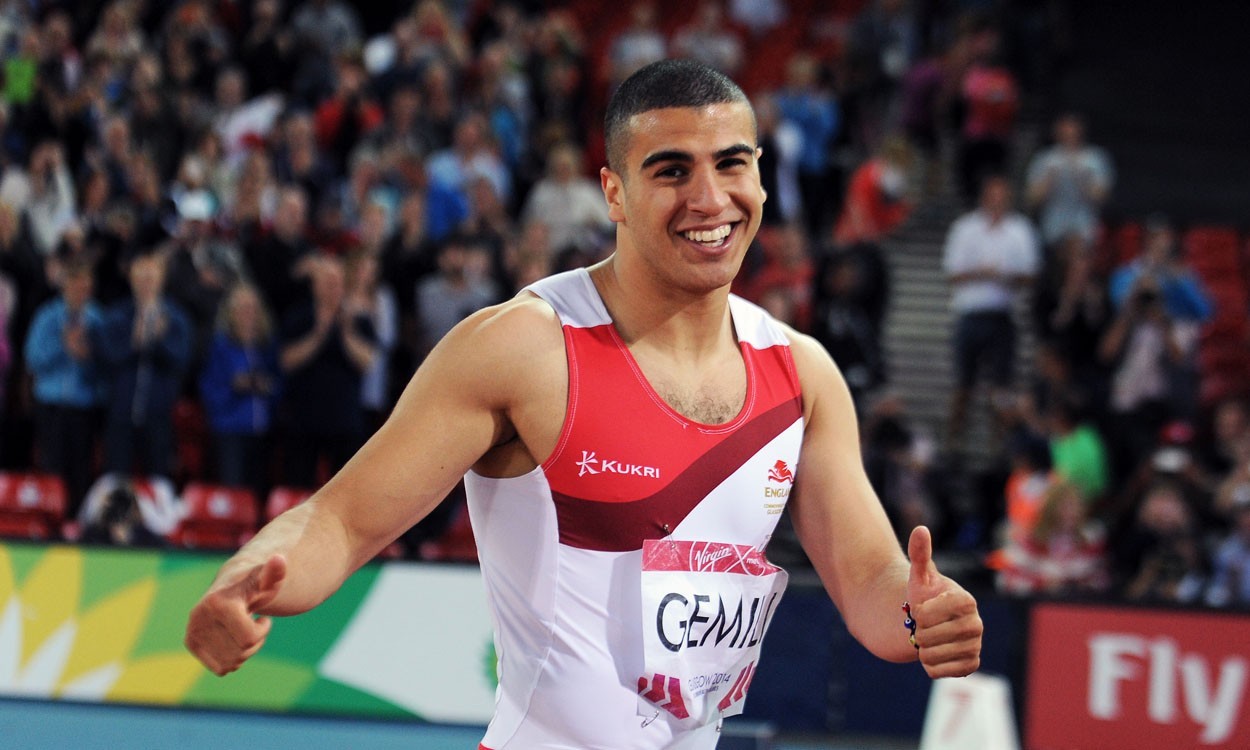 A 75-strong athletics team featuring the likes of Adam Gemili, Katarina Johnson-Thompson and Dina Asher-Smith has been announced for the Gold Coast 2018 Commonwealth Games.

The team, which is led by Martin Rush and was announced at Birmingham’s Alexander Stadium on Tuesday, will prepare for the event taking place from April 4-15 at a holding camp in Brisbane.

“It’s such a proud moment for me to be selected to compete at my second Commonwealth Games,” said world 4x100m gold medallist Gemili, who claimed 100m and 4x100m silver medals in 2014. “Winning two silver medals in Glasgow 2014 was an incredible experience for me and I’m really excited to get back out there.

“The Glasgow 2014 Commonwealth Games was a fantastic event. It was the first time I won a senior international medal so it’s great to be going back to where it all started. I’m looking forward to competing for Team England again and can’t wait to get out to Australia.”

He will be joined on the Gold Coast by his fellow world 4x100m champion Nethaneel Mitchell-Blake.

Over the coming months some of the current squad could also be added to individual events, such as the men’s and women’s 400m, for example.

World and Olympic 4x100m medallist Asher-Smith, who has already been selected to compete in both the relay and individual 200m in Australia, said: “Being selected to compete for Team England is so special and having had an amazing experience at the Commonwealth Youth Games in 2011 I’m excited to be racing on that stage again.

“I won two gold medals at that Youth Games and so adding a senior medal on the Gold Coast is now the goal.”

While heptathlete Johnson-Thompson will be among those making a Commonwealth Games debut.

“It’s always a great feeling to represent your country on the international stage and I’m really excited to get to compete for Team England,” she said. “Every international I do, I feel more prepared and each one motivates me more to be the best I can be.

“I was so gutted to get an injury just before Glasgow 2014 and miss out so I’m really looking forward to competing at my first Commonwealth Games in Australia next year.”

While the team features two female marathoners, no men have been named to represent England over 26.2 miles on the Gold Coast, with Jonny Mellor – who made a breakthrough last month in Berlin –‏ taking to Twitter to voice his disappointment.

“Very disappointed not to be selected for the Commonwealth Games despite working so hard to run 63-secs inside the qualifying standard,” he wrote.

Team leader Rush said: “We at England Athletics are delighted to be sending this team to the Gold Coast 2018 Commonwealth Games. The team is a real blend of experience and youth, featuring a number of athletes who performed well at last summer’s IAAF World Championships, as well as some who are making their senior international championships debuts.

“With just 75 places available, selection was always going to be a difficult task given the number of high-performing English athletes, but we are happy that we are taking a team that will be ready to perform at their best in Australia.”

It is a strong team, but compares to a 129-strong squad for Glasgow 2014, while a team of 100 was selected for Delhi 2010 and 89 for Melbourne 2006. However, those figures include para-athletics selections and the 2018 England para-athletics team will be selected at the end of this year.

Scotland is unlikely to make any team announcements before December, while Wales is due to name its team on January 22 and Northern Ireland announces its athletes on January 2.

» This post was updated on January 5 to reflect Alicia Barrett and Jessica Turner replacing James Dasaolu and Ashleigh Nelson on the squad. It was further updated on January 22 following the replacement of Greg Rutherford with Jacob Paul and on March 7 following the replacement of Danny Talbot and Ben Williams with Richard Kilty and Sophie McKinna