Daley Thompson shares his ‘No Matter What’ story 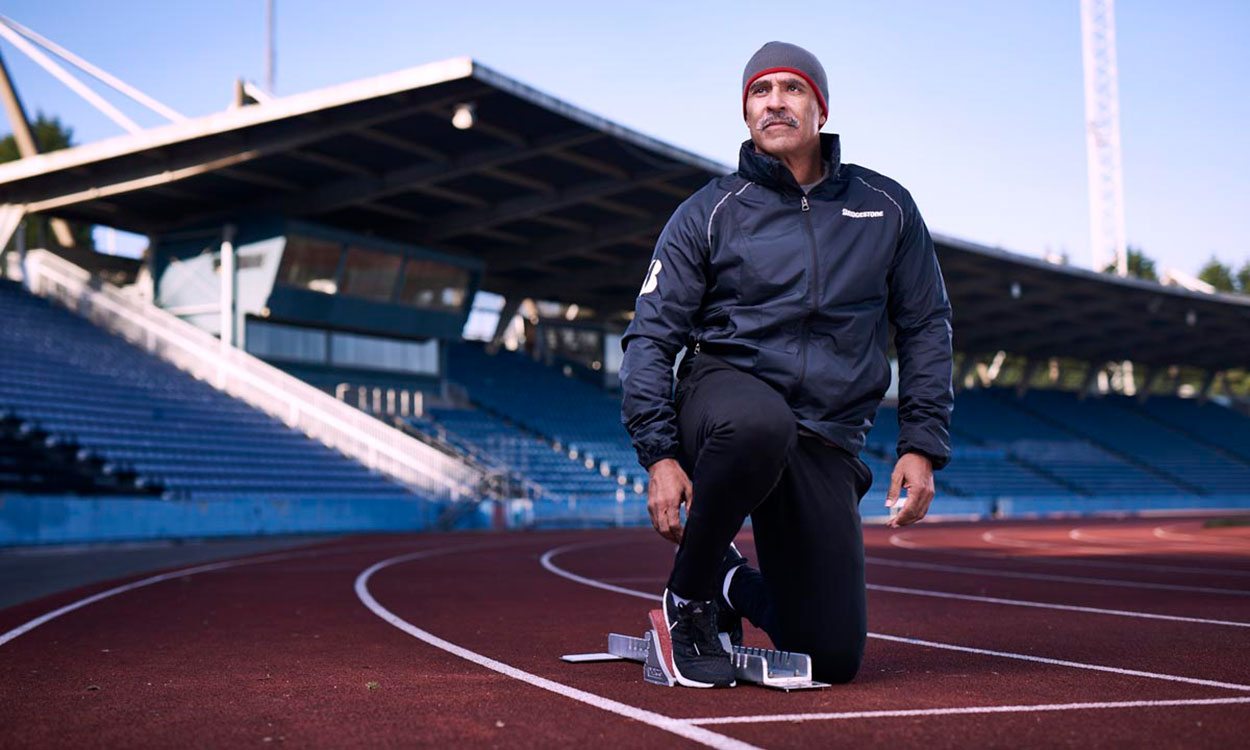 Decathlon great Daley Thompson among ambassadors as Bridgestone announces its ‘Chase Your Dream, No Matter What’ campaign

Two-time Olympic decathlon gold medallist Daley Thompson has been announced as one of Bridgestone’s ‘Chase Your Dream, No Matter What’ campaign heroes and has told his story of overcoming adversity to achieve his dreams.

Thompson, who broke the world decathlon record four times during his highly successful career, spoke about his journey to the top of the sport as Bridgestone – the world’s largest tyre and rubber company – brought together three Olympians for the launch of its new campaign and announcement of the UK activation of its Worldwide Olympic Partnership.

The campaign aims to encourage people of all ages, abilities and passions to find the strength to chase their dream and overcome the obstacles they face on life’s journey. ‘Chase Your Dream, No Matter What’ aims to bring to life Bridgestone’s goal of keeping you safe and on track on life’s journey – just as Bridgestone’s tyres are designed to do on the road – whatever the conditions.

“My upbringing and sporting career have taught me that if I work hard enough and remain focused, then I can achieve my goals,” said Thompson, who was joined at the launch by golfer Charley Hull and diver Chris Mears.

“I would like to think that I’m a living testament to the ‘Chase Your Dream, No Matter What’ philosophy.”

You can watch Thompson’s story here:

“As we start a new Olympic cycle it’s an exciting opportunity to collaborate with the new Worldwide Olympic Partners,” said British Olympic Association CEO, Bill Sweeney. “Bridgestone is a globally recognised and successful brand and we are excited and proud to work together on their ‘Chase Your Dream, No Matter What’ campaign.

“Our role in helping the nation’s best Olympic athletes realise their dreams resonates with so many of the stories around the Olympic Games as athletes strive to reach their personal goals and provide inspiration for anyone with their own goals and aspirations.”

Three grassroots events, each one hosted by a ‘Chase Your Dream, No Matter What’ ambassador, will take place during 2017 to inspire people from all over the UK to overcome their own obstacles.