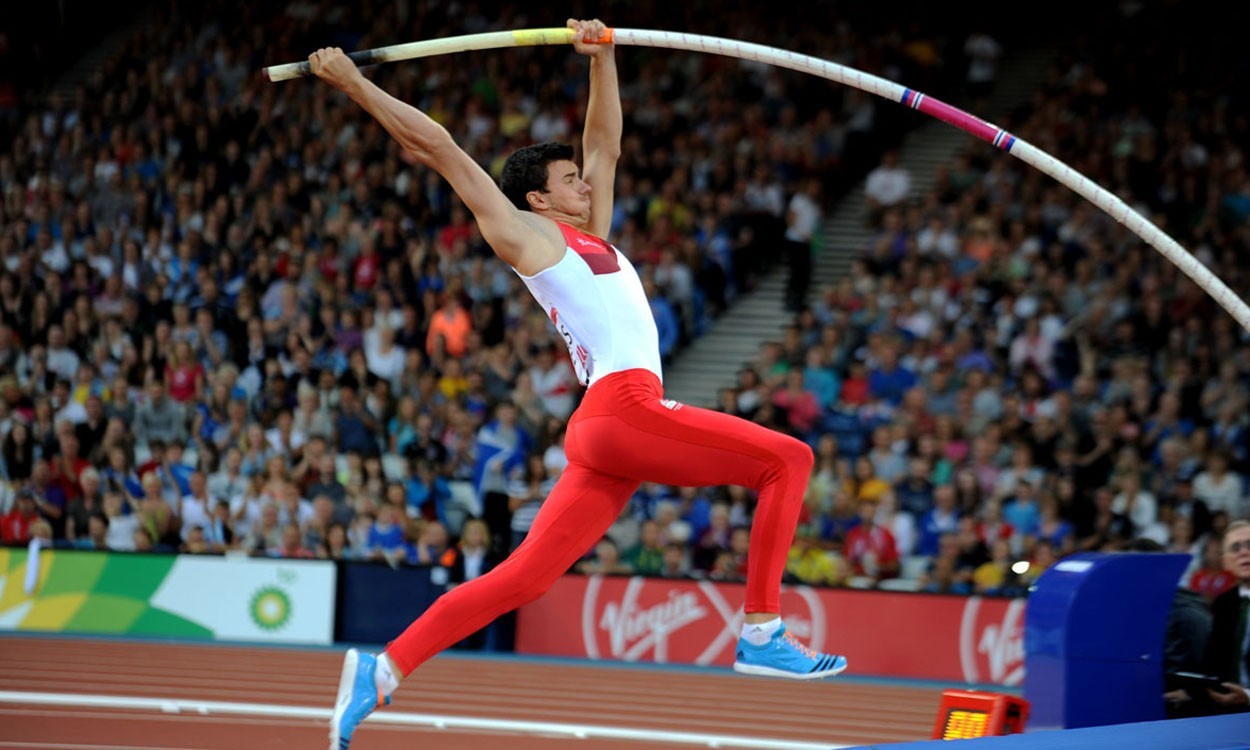 The 31-year-old, who won Commonwealth Games gold in 2014, announced his decision on Twitter on Friday as he reflected on some of the stand-out moments from his career.

As well as his Commonwealth title claimed in Glasgow, Lewis also gained silver and bronze at the Games in Delhi in 2010 and Melbourne in 2006 respectively. His first global medal came at the World Youth Championships in 2003.

The two-time Olympian soared over 5.82m in 2012 for the highest ever outdoor clearance by a British pole vaulter.

“What an incredible life pole vaulting has given me,” Lewis wrote in a statement.

“I love sport because my achievements can never be taken away: Two-time Olympian, Commonwealth Games gold medallist and national record-holder. These will always be remembered as the moments when I was able to ‘let go’ and believe in my dream.”

The US-based athlete added: “Tonight in Reno, Nevada, I will step out on to the runway one last time to draw a line under my career and it just so happens that it falls on my mum’s birthday… a perfect way to retire!”

On this special day I want to share some news….. pic.twitter.com/hBwesSZM0l

Olympic and world long jump gold medallist Greg Rutherford was among those to post a comment on Twitter following Lewis’ announcement and wrote: “One of my best mates, my room mate and training partner for years. I’m going to miss seeing you at the track. But more time for us to plan hiking trips in the U S of A. Britain’s greatest male pole vaulter retires.”