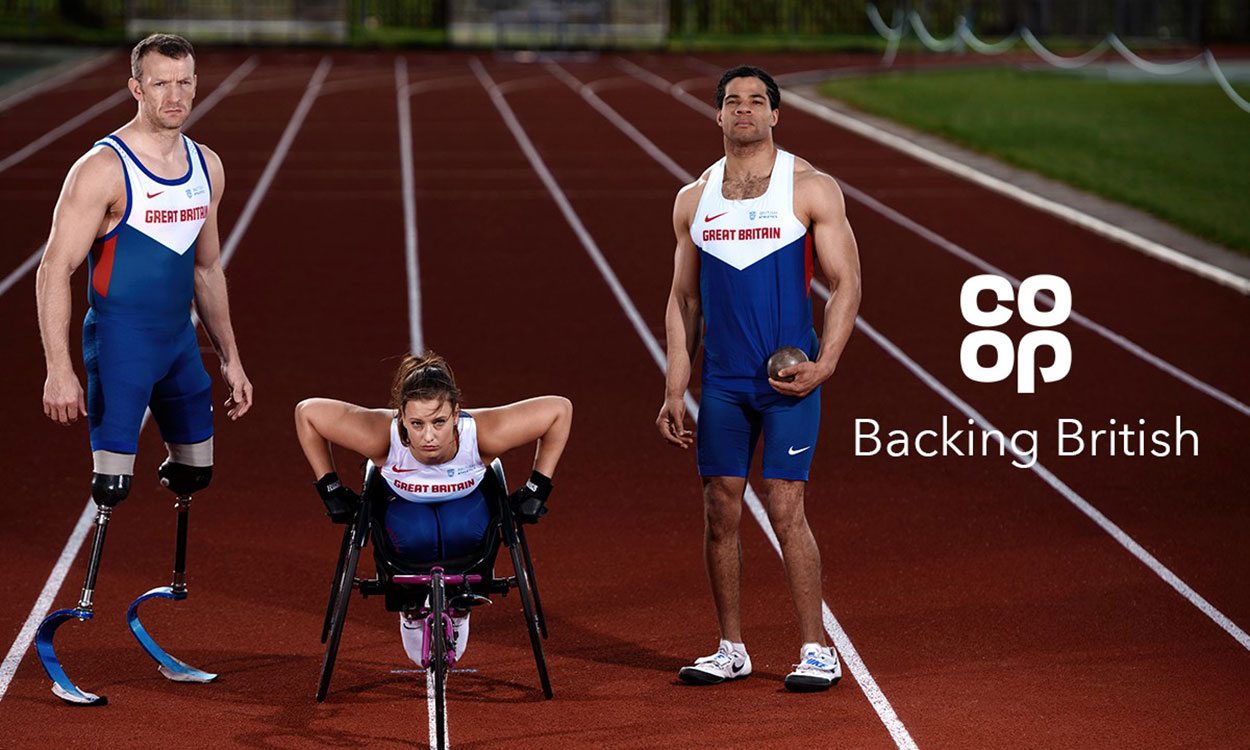 With 101 days to go to the World Para Athletics Championships, the Co-op marked the partnerships by launching a ‘Support our Heroes’ mosaic for the British para athletics team. The image includes Ruddock, Tait and Whitehead and will be used as a digital image for the public to upload their messages of support in the build-up and throughout the Championships, which take place between July 14-23.

The mosaic is one of a number of support activities they will be carrying out as a team supporter, with a ‘Co-op Local Heroes’ tour planned after the Championships.

On the announcement of the new British team supporter, Whitehead said: “It is fantastic to have the support of the Co-op as we build up to the biggest World Para Athletics Championships ever. After the team’s success in Rio, there is a real buzz amongst the athletes and we all cannot wait to compete in front of our home fans at the London Stadium.

“I personally have wonderful memories from the Paralympic Games at London 2012, particularly the support we received from the great British public. I hope people will back the ‘Support the Heroes’ mosaic and upload their messages to the team – it really does make a difference to the athletes.”

As a national supporter of the World Para Athletics Championships London 2017, the Co-operative Group, which is one of the world’s largest consumer co-operatives, will be providing food to entire workforce.

“We are delighted to welcome the Co-op as both a team supporter of our successful British Athletics para team and as a national partner for the World Para Athletics Championships,” said UK Athletics chief executive and London 2017 championship director, Niels de Vos.

“There is continuing support and enthusiasm for para athletics amongst the great British public and these partnerships reflect that.

“Additionally, the Co-op’s support in providing meals for our entire workforce during the World Para Athletics Championships is another key milestone as we build closer to the Championships in July.”