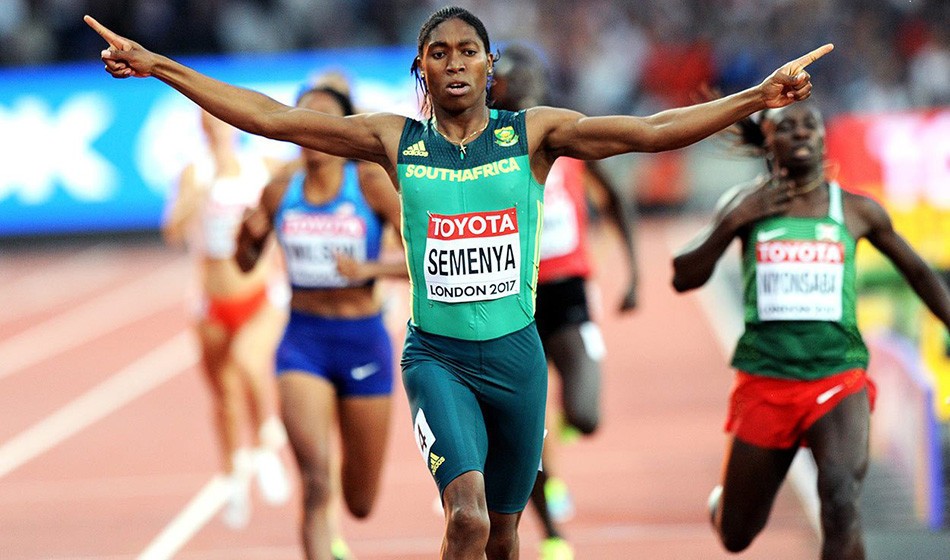 Olympic and world 800m champion Caster Semenya has filed an appeal to the Federal Supreme Court of Switzerland challenging the recent Court of Arbitration for Sport (CAS) ruling regarding the IAAF’s new regulations on female classification.

Semenya had sought to overturn the world governing body’s new rules which relate to restricting testosterone levels in female runners in certain events.

But when ruling on the landmark case, the CAS dismissed the challenges from both Semenya and Athletics South Africa (ASA) against the new regulations.

“I am a woman and I am a world-class athlete,” said Semenya in a statement.

“The IAAF will not drug me or stop me from being who I am.”

Breaking: Caster Semenya has filed an appeal to the Federal Supreme Court of Switzerland challenging the recent ruling against her by CAS in favour of the IAAF which “condones their requirements for unnecessary and unwanted hormonal drug interventions on female athletes” pic.twitter.com/OcHkG4H5ao

According to the statement, Semenya will ask the Swiss court “to set aside the decision of the CAS in its entirety”.

It added: “The CAS decision condones the IAAF’s requirements for unnecessary and unwanted hormonal drug interventions on female athletes despite the lack of any medical protocols and the uncertain health consequences of such interventions.”

The statement also said that the appeal focuses on “fundamental human rights”.

The ‘IAAF Eligibility Regulations for Female Classification (Athletes with Differences of Sex Development (DSD))’ had originally been due to come into effect on November 1, 2018, but were suspended. Following the CAS ruling, the regulations started on May 8.

Under the new rules Semenya, and other female athletes with DSD, would need to reduce their natural testosterone level in order to take part in certain women’s events in international competition.

The rules for athletes who have DSD apply to the 400m, 400m hurdles, 800m, 1500m, one mile races and combined events over the same distances.

As a result, Semenya will not be competing in Thursday’s BAUHAUS-galan Diamond League 800m in Stockholm, but is set to race 2000m at the Montreuil Meet on June 11.

The IAAF regulations can be found here.

Dr Dorothee Schramm, who is leading Semenya’s appeal, said: “The IAAF regulations violate the most fundamental principles of Swiss public policy. In the race for justice, human rights must win over sporting interests.”