British competition for Glasgow will be fierce, says Eilidh Doyle 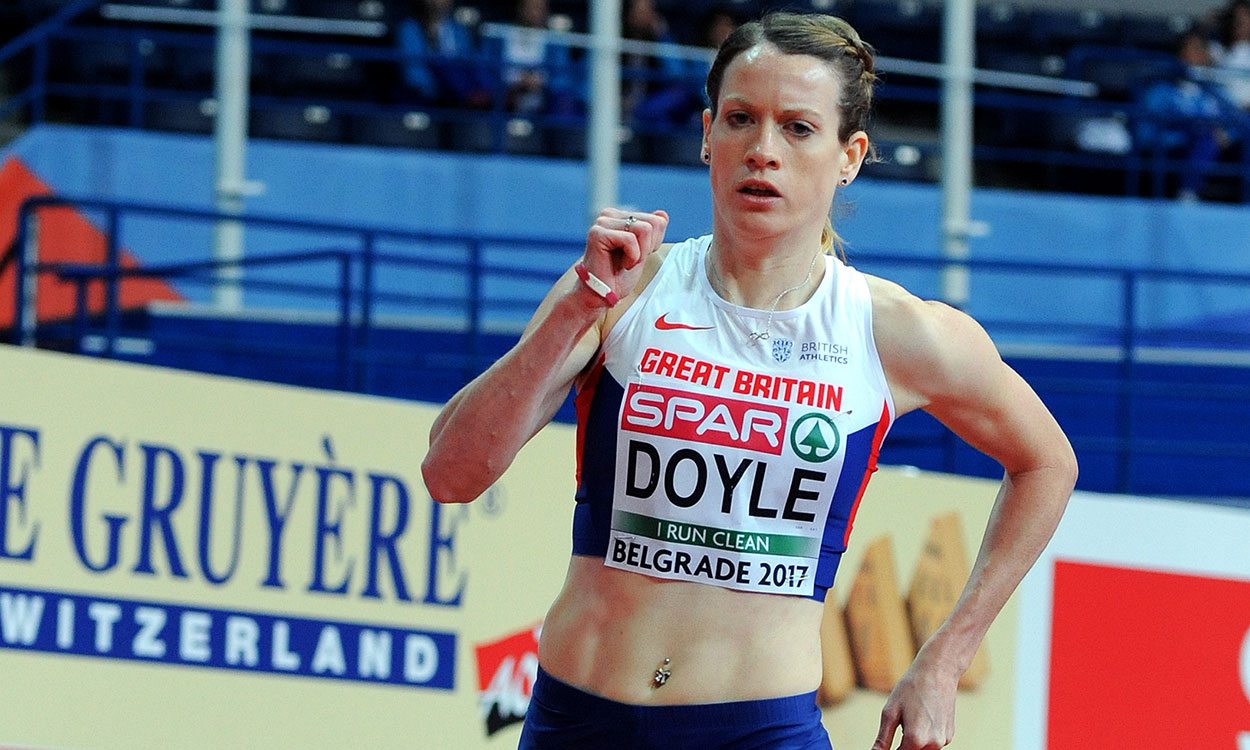 Eilidh Doyle knows the competition at next year’s European Indoor Championships in Glasgow will be fierce – and believes she won’t have to search too far to find it.

As a key member of Great Britain’s 4x400m relay squad, selection for competing in her homeland is all but assured for the proud Scot, her nation’s most decorated track and field athlete. However, the world indoor bronze medallist dearly wants to make sure of her place in the individual 400m event and knows that – with the likes of relay team-mates Anyika Onuora, Laviai Nielsen, Zoey Clark and Amy Allcock likely to harbour similar ambitions and only three spots available – just making the team will be a challenge in itself.

“I think the competition is going to be big and I think a lot of it is going to come from the British athletes,” says Doyle, when asked about her potential adversaries at the Emirates Arena event at the beginning of March.

“For the last couple of years, a lot of British athletes haven’t targeted the indoors because there have been different focuses but I think because the world championships are so late next year that the majority of the 400m girls – the athletes I’ll run the relay with – are all going to be targeting Glasgow.

“I think even just being able to make the team is going to be a big challenge for me.”

She adds: “On a European scale, the Polish girls (including European champion Justyna Święty-Ersetic) are very strong, Lea Sprunger (the Swiss who won the European 400m hurdles in Berlin) is very strong, so it’s going to be a really tough event.

“I’m lucky enough that there’s an opportunity to go in the relay anyway but I’d definitely want to be doing the individual there.”

Now being based in Scotland alongside husband and coach Brian following a recent move north from Bath after the retirement of her long-time mentor Malcom Arnold, Doyle didn’t have too far to travel to Glasgow’s Kelvingrove Art Gallery and Museum for the event which helped to mark 100 days to go until another sporting showpiece gets going in the city.

Given the less than balmy weather, and the fact that winter training locations will be more Cumbernauld than Caribbean, the landmark brought with it a timely motivational fillip.

“You get to the end of every season and you think ‘right what’s the next one going to hold?’ and this time it’s the Europeans in Glasgow!” adds Doyle. “You’re straight back into that motivation to get training again because you know you’ve got something like that around the corner.

“Days like today give you a little boost because this is the hardest bit of the year in training. You haven’t got any races so you’re just trying to get the work done and it’s hard when it’s cold and miserable as well so, when you’re reminded there’s 100 days to go you think ‘right, there’s still a lot of hard work to be done’ but it’s the boost you need to ready for it and to say ‘let’s go for it again’.”