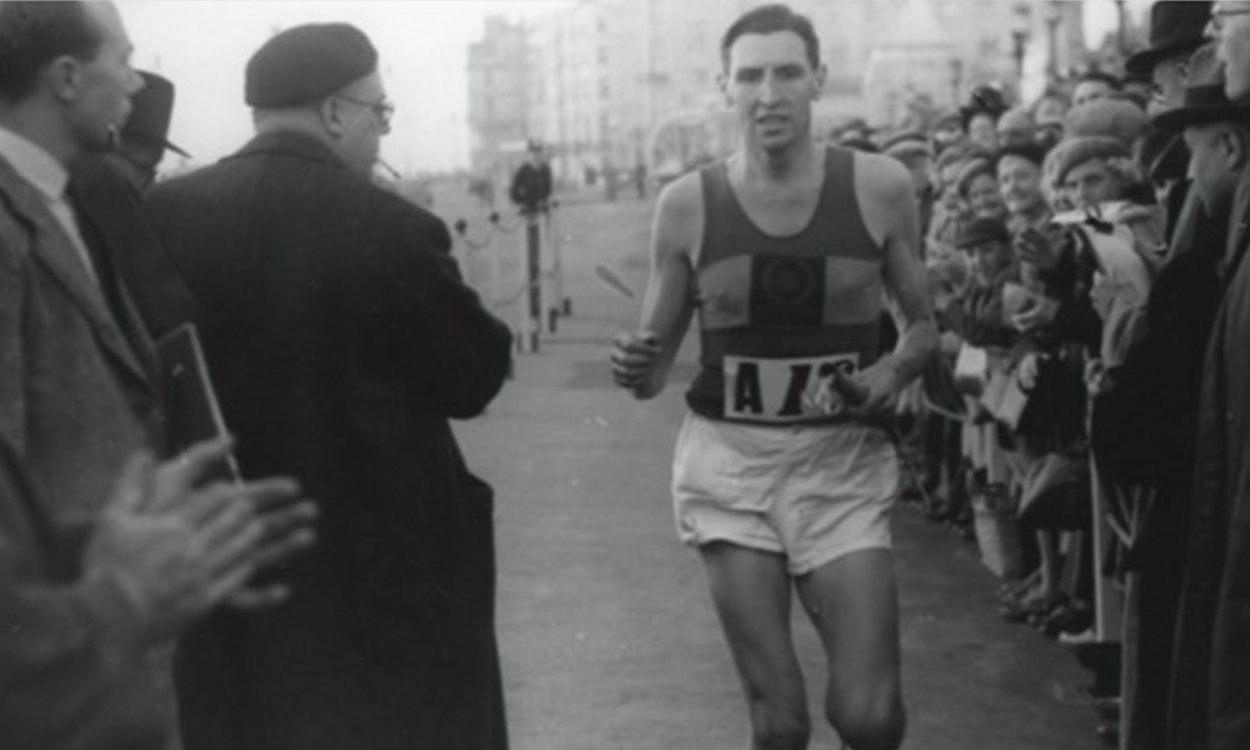 As a runner, Bill Lucas rubbed shoulders with the great Emil Zatopek and was Britain’s No.1 contender at the 1948 London Olympics. As an RAF pilot, he earned the Distinguished Flying Cross during World War II. Recently he has been Britain’s oldest living Olympian, but he died on Saturday aged 101.

Lucas was one of the nation’s finest distance runners during the 1940s but he arguably missed his greatest years on the track due to World War II. During the 1939-45 period he became a squadron leader with the RAF, under-taking dozens of perilous missions over Germany.

His leadership skills would later be used in athletics administration as he became president of Surrey County AA, Southern Counties AAA, South of the Thames CCA, Insurance AAA, Belgrave Harriers and vice president of the AAA.

Born in January 1917, he showed early promise as a runner at school in Tooting Bec, London, soon becoming known for his long, silky stride.

But his running career was interrupted by the war and he flew a heavy bomber on a total of 81 missions, miraculously surviving this huge tally while the majority of his crew-mates and fellow pilots during the training period died.

He was de-mobbed in 1946 and worked in insurance while raising a family. When the 1948 Olympics came around he had trained only lightly for a limited period and did not qualify for the final after being drawn in the same heat as Zatopek, the Czech runner who would win 10,000m gold at those Games plus 5000m, 10,000m and marathon golds in 1952.

“The biggest regret of my career is my lost Olympic years of 1940 and 1944,” Lucas told Will Cockerell in an interview in Athletics Weekly in 2008.

“Who knows what I might have achieved. Fantasy is a wonderful thing!”

Away from the Olympics, Lucas ran for Britain in various internationals, won numerous Surrey titles and won a huge number of medals in the London to Brighton Relay for his club, Belgrave Harriers.

“It was a wonderful atmosphere and you’d be followed every step of the way by bus-loads of spectators,” he said of the London to Brighton race.

Despite all his racing, Lucas never made a penny from the sport and he retired in 1954. But years later he made a brief comeback as a veteran and found himself racing Sydney Wooderson in a 100 x one mile relay.

The two runners were well past their best, but they rolled back the years as Lucas outsprinted the former world mile record-holder by a couple of seconds.

“The first two laps went wonderfully well, then the calf seized up and it was a very painful last lap!” he smiled.

Lucas also had a stint as an announcer at major meetings and commentated on Derek Ibbotson’s world mile record at the White City in 1957.

In his later years, he had strong views on the sport, too. “In my day it was a very strict path to the top,” he told AW. “You competed for your club, then county, then area, then country. That was how it was – no deviation.

“Nowadays the talented ones are plucked early on and you never really see them on the local scene again. When you go to the county and area championships now, the standard is quite wicked.”