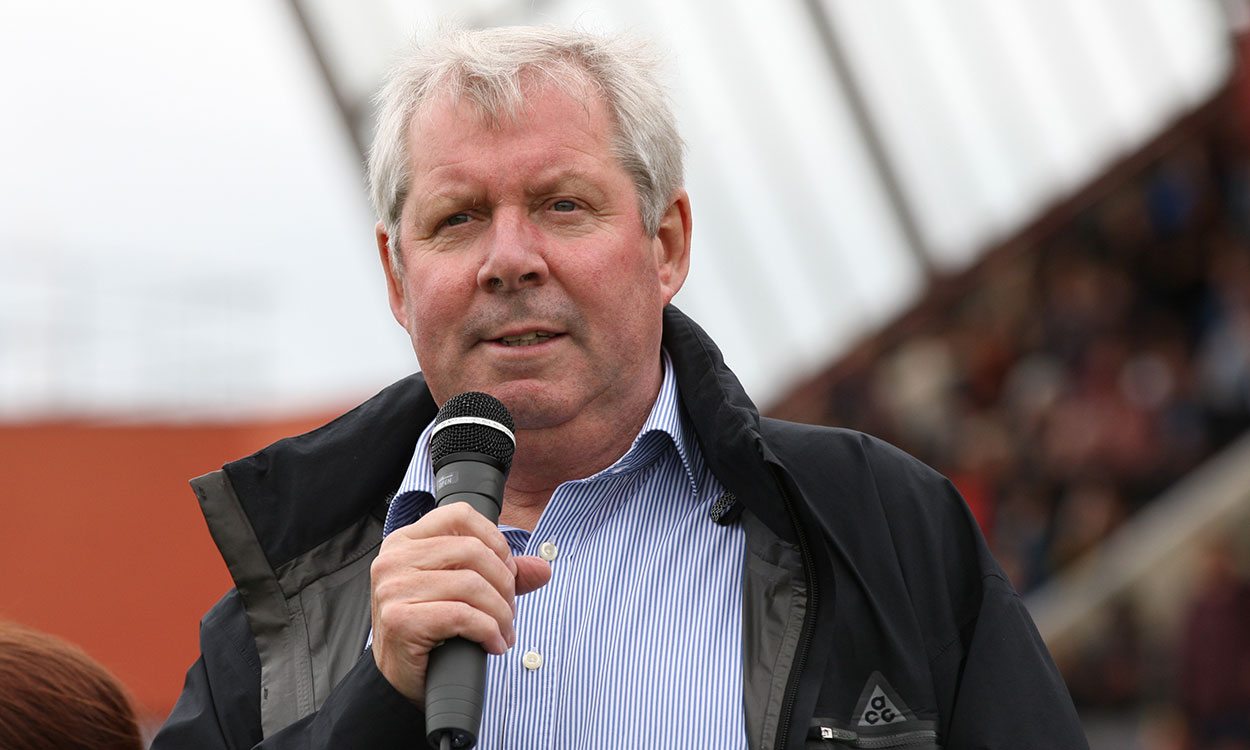 London 2017 will be the scene of some particularly significant farewells. Usain Bolt is bringing his storied career to a close, while British hero Mo Farah will run his last track race on the global stage. Meanwhile, up in the grandstands of the famous arena, the man describing all the action will also be ending an era.

Brendan Foster has achieved many things in his varied life, from major honours and world records as an athlete through to leading the running revolution in Britain as creator of the Great North Run. But he is also, of course, one of the few broadcasters remaining whose voice is intrinsically linked with the sport in which they work. To many he is almost part of the fabric of athletics.

Foster made his BBC broadcasting debut alongside the great David Coleman at a cross country in Gateshead in the early winter of 1980 and there are very few big moments in the sport to have happened since which have not been soundtracked by Foster’s distinctive tones.

He will complete his 37-year-long journey with the corporation when he retires from the commentary box and hangs up his microphone for good following the upcoming festival of the sport he loves. He just hopes one of his final tasks will be to describe more golden glory for Farah.

“I’d rather go at a time when it’s going to be on a high,” Foster tells AW. “Mo has agreed that we’ll step off the stage together. Hopefully he steps off with a gold medal.”

A BBC documentary Brendan Foster: A Life In Athletics, which airs on Saturday (July 29), will detail his career as an athlete, event impresario and commentator. Foster is no stranger to a line of work which involves the aim of getting more people out there and being active.

“When you’re a runner and you came through the era I came through – people used to laugh at you when you were out running because it wasn’t the thing to do,” he says.

“They’d shout at you and not many people were out running – if ever you were out in your car and you saw another runner then chances are you’d know them because there weren’t that many of us about.

“So you become like an evangelist – you persuade people to come for a run with you, or you persuade them to enter an event, or to come along to the club.

“If I hadn’t been a good runner, I would have been a bad runner – but I would still have been a runner.”

» Read an exclusive big interview with Brendan Foster, and find out why he didn’t make his broadcasting debut at one of the great Olympic races, in the latest edition of Athletics Weekly, out now and available digitally here

» As a prelude to the IAAF World Championships, there are further athletics documentaries, plus a magazine style programme fronted by Jessica Ennis-Hill, on the BBC. BBC2 will be showing Jessica Ennis-Hill and The Next Generation from 4.30-5pm on July 29, while on July 30 on BBC1 from 10.30-11.20pm there is a documentary called The Heroes of Super Saturday: Jess, Mo and Greg. I Am Bolt will be shown on BBC1 on July 31 from 8.30pm