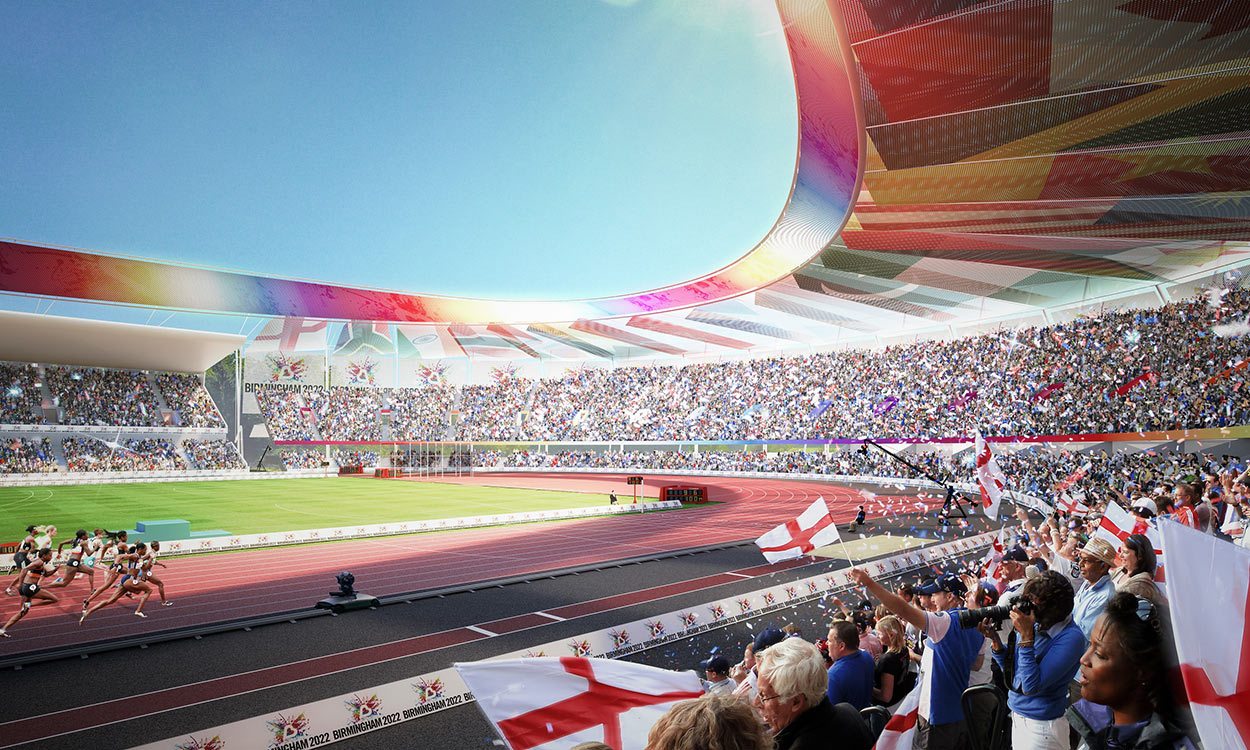 Birmingham has been confirmed as the host city for the XXII Commonwealth Games in 2022.

Commonwealth Games Federation (CGF) president Louise Martin CBE described the awarding of the Games to the English West Midlands city as “a defining moment for this truly Commonwealth city”.

The Birmingham 2022 Games – expected to take place from July 27 – August 7 – will mark 20 years since the last time the Games were held in England, in Manchester in 2002.

“With its rich history, cultural diversity, youthful dynamism and ambitious spirit, Birmingham embodies all that we cherish about the Commonwealth, and so the Commonwealth Sports Movement looks forward to collaborating with all the Games partners to showcase the city’s humanity and pride to a global audience over the coming months and years,” added Martin.

The host city announcement was made at a special media conference staged at the Arena Academy school in Birmingham on Thursday morning.

The final Birmingham 2022 bid documentation had been submitted by Commonwealth Games England (CGE), the Department for Digital, Culture, Media and Sport (DCMS) on behalf of the UK Government, and Birmingham City Council, supported by the West Midlands Combined Authority.

Sports Minister Tracey Crouch said: “The UK has a brilliant track record for putting on the biggest sport events in the world and it is great news that Birmingham has been selected to host the 2022 Commonwealth Games. I am sure that we will put on an event that will make the country proud, leave a strong sporting legacy and strengthen relationships with our friends across the Commonwealth.”

Birmingham’s bid included extensive renovation of the Alexander Stadium (pictured), where athletics plus the opening and closing ceremonies are set to be held.

An “enhanced and refurbished” Alexander Stadium is said to have been “pivotal” to the Birmingham 2022 Games.

Alexander Stadium is the home of UK Athletics and is host to an IAAF Diamond League meeting each year.

It will be the city’s second hosting of the event, having previously staged the Championships in 2003.

The Birmingham International Marathon will also return next October, along with the Great Birmingham Run.

Birmingham was confirmed as the UK’s official candidate city ahead of Liverpool back in September. The bid race had got under way earlier this year after South African city Durban lost the right to host the event.

On Thursday, Martin thanked Canada, Malaysia and Australia for their continued interest expressed in hosting a future Commonwealth Games, and confirmed that the Commonwealth Games Associations (CGAs) in these countries have signalled their potential hosting interest in either 2026 or 2030.

Looking ahead to Birmingham 2022, she said: “The vast majority of the Games venues are in place, and with extensive experience in the UK of hosting successful major events – including Manchester 2002, London 2012 and Glasgow 2014 – the CGF looks forward to a truly spectacular Games that delivers not only for the 2.4 billion citizens across the Commonwealth but the wider world, too.

“Today is a fantastic day for Birmingham, global Britain and our resurgent Commonwealth Sports Movement.”

Ian Ward, leader of Birmingham City Council and chair of the bid team, said: “This is a wonderful way to end the year and celebrate the festive season – with an early Christmas present for the city! At the start of 2017 we were looking into the feasibility of hosting the Games in 2026, but when 2022 became a possibility in April, we made the decision to back ourselves even though we knew that we would need to do a lot of work in a short time frame. That work and belief has been rewarded.

“This has been a team effort and the bid team would like to thank everyone who has contributed.

“The hard work begins now and we all have just four-and-a-half years to deliver an unforgettable Games that will shape the future of our city, our region and our people. Thank you for backing Birmingham’s bid.”