Asha Philip keen to be a hometown hero 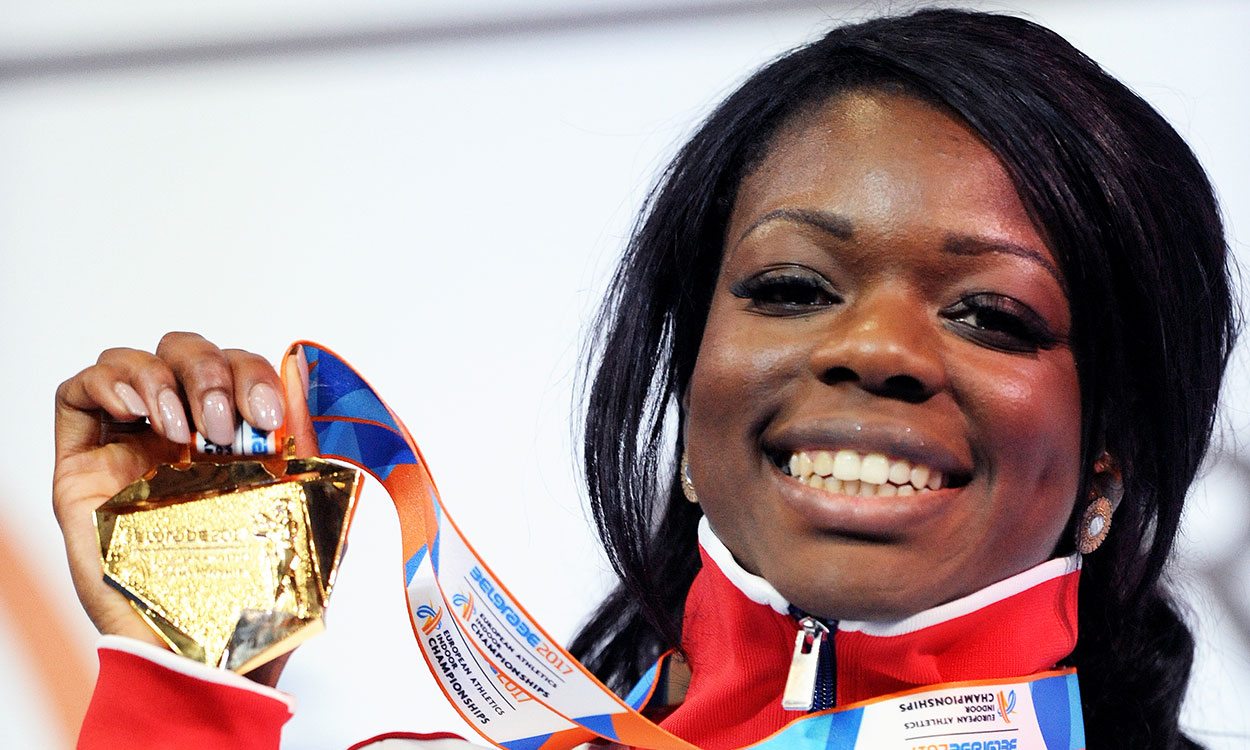 When it comes to building confidence ahead of a summer season featuring a home world championships, breaking a British record isn’t a bad way to go. Now Asha Philip will be looking to carry the fine form that saw her clock 7.06 for European indoor 60m gold in Belgrade through to the outdoors as she sets her sights on making an impact on the world stage, too.

Philip, who was born and raised in east London, was left heartbroken in 2012 after injury dashed her home Olympic Games dreams but she’s determined to make up for that disappointment by performing at the IAAF World Championships in London in August.

“It’s something I’ve always wanted to do, to compete in a home Games or championships,” says the 26-year-old. “This will be my last chance as we’re not likely to get another home world championships again while I’m running!

“It means a lot to me. I can’t let that slip through my fingers. After missing 2012, that broke my heart, so I couldn’t do that again.”

Sitting out London 2012 had been a further blow for the Newham & Essex Beagles athlete, who had also missed the Beijing Games four years before.

Philip had been a top teenage sprinter, making history as the first British female to win a global 100m title when she claimed gold at the World Youth Championships in 2007, but a serious knee injury sustained at just 17 years of age almost marked the end of her short but successful career.

However, she battled back and went on to make her Olympic debut in Rio last summer, forming part of GB’s bronze medal-winning 4x100m relay team in Brazil.

“The first one was the worst – missing out on 2008 in Beijing,” Philip had said before Rio. “That was a massive setback for me. I don’t know what I would have done, if I would have gone for the individual or the relay, but it would have been a great experience for me.”

She added: “To miss out on 2012 – now, that’s my home town, a bus ride from my house – and to miss out on that due to hamstring problems and not being fit because of how I handled my knee and my injury the first time around, it was so devastating.”

Now the Steve Fudge-coached sprinter, who is currently based in Loughborough, is eager to continue her PB form and break more barriers.