Asha Philip is back on track and aiming for Berlin 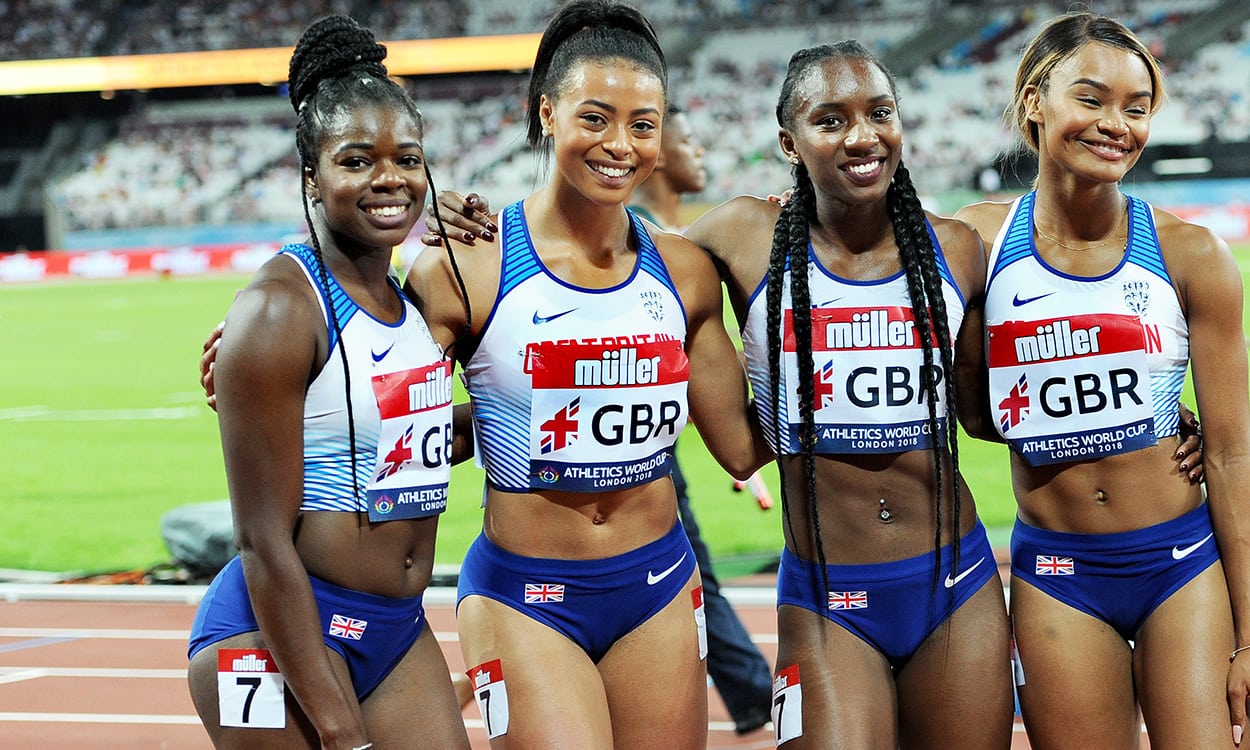 Asha Philip admits she feared that injury would end her season but, now back on track, the London sprinter is keen to make a statement at the Müller Anniversary Games this weekend with her sights set on European Championships selection.

The 27-year-old formed part of Britain’s winning 4x100m relay team at the Commonwealth Games in April, also just missing out on a medal in the 100m, but subsequent foot and hamstring problems kept her on the sidelines until earlier this month.

She was unable to compete at the British Championships to race for a 100m place on the GB team for the Europeans which will take place in Berlin, but made a comeback in Germany with times of 11.25 and 11.21 – matching her season’s best run in Australia – before combining with Imani Lansiquot, Bianca Williams and Shannon Hylton to win the 4x100m at the Athletics World Cup last weekend (pictured, above left).

“My season started off well and then I got hurt and I thought it was ended,” Philip explains. “To be back here running with the relay girls, knowing how amazing they are, it’s a great experience and I’m grateful to be put here.”

Now she hopes to use Saturday’s event back in the London Stadium as a platform to impress team selectors.

“If they pick me, they pick me. If they don’t, they don’t. It’s not in my hands as I wasn’t able to run at the trials,” she says, discussing her European Championships ambitions.

“I’m fit and healthy now, I’m going to run at the London Diamond League, so let’s see how that works out.”

Philip won the European indoor 60m title last year, breaking the British record in the process, and has helped the UK sprint relay squads to Olympic, world and European medals over the past few years as well as Commonwealth gold and bronze.

While proud to represent her nation in the 4x100m, the Newham & Essex Beagles athlete has come so close to other major individual medals in the past – including a fourth-place finish at the last edition of the Europeans in Amsterdam in 2016 – and a place on the team in the 100m is the main aim.