Andy Turner crashes out after “schoolboy error” at Glasgow 2014 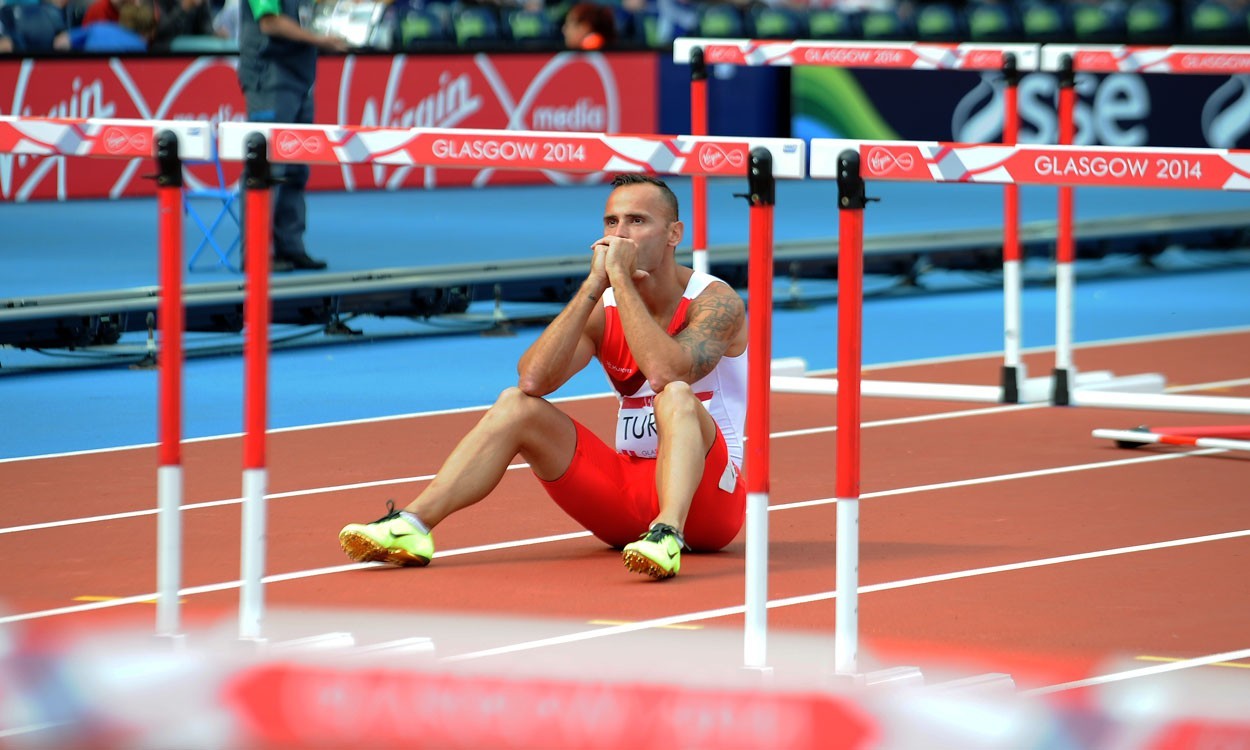 Hurdler says he might soon be hanging up his spikes

Andy Turner admitted his retirement from the sport might not be too far away when speaking after a “schoolboy error” cost him the chance to progress in the 110m hurdles at the Glasgow 2014 Commonwealth Games on Tuesday.

The 33-year-old, in Glasgow defending the Commonwealth title he claimed in Delhi where he led an English clean sweep, crashed into the first two barriers – and then out of the competition – as he pulled up and then sank to the track when he realised his 2014 Commonwealth journey had come to an end.

“I got too close to the first hurdle and hit the second one and that was it,” he said. “It was a schoolboy error. I’m gutted as I have been training well coming into the Games.”

The 2011 world bronze medallist has had a tough time both on and off the track over the past 12 months. He missed the majority of 2013 through injury and then was the victim of a break in at his family home last November while he was attending his mother’s funeral.

He returned to the track in February before clocking his season’s best of 13.47 on his first outing of the summer in April. He sits third on the British rankings with that time, but as yet has been unable to return to the sort of form that saw him run 13.22 back in 2011, a mark that sees him sit fourth on the UK all-time list.

After failing to progress in Glasgow, Turner explained how he could be hanging up his spikes soon, but not before he travels to Zurich as part of the Great Britain & Northern Ireland team for the European Championships – an event at which he won gold in 2010 and bronze in 2006.

“I don’t want to be making up the numbers,” he said. “I’ve been thinking of calling it a day for a while now.

“I’ve had a good innings after competing for 10 years.

“I don’t want to to give up like this though, so I will go to the European Championships.”

Turner is due to compete alongside the likes of fellow Brits Will Sharman and Lawrence Clarke in Switzerland in August, the pair having advanced to Tuesday night’s Commonwealth final with respective times of 13.49 and 13.63 as they look to add to their silver and bronze medals from 2010.

» You can catch up on more Glasgow 2014 athletics action here