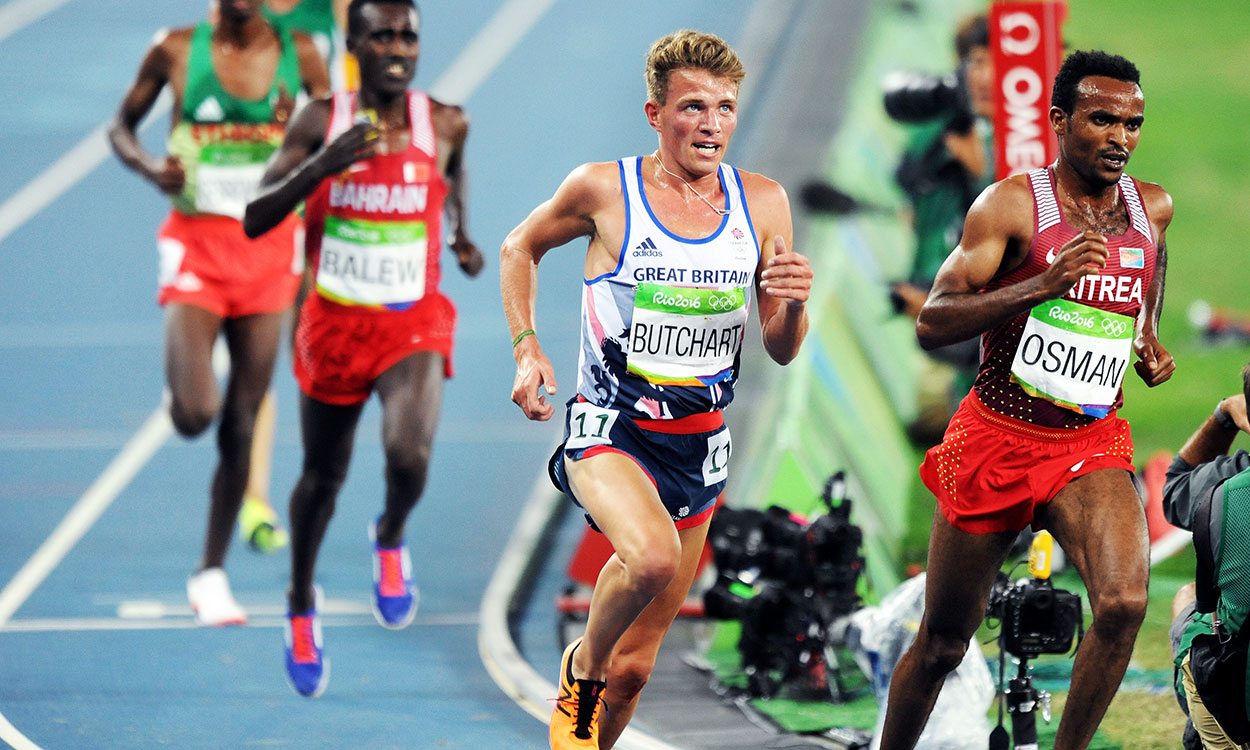 Andrew Butchart has a simple way of summing up the approach which has brought such success for Scottish stars of the moment.

The philosophy certainly seems to be working. For Butchart, for Laura Muir, for Callum Hawkins, to name just three.

After her British record-breaking summer, Muir picked up from where she left off with more historic performances indoors over the winter, while Hawkins has continued to rise on the roads. Then there was Butchart’s “perfect” indoor season, which saw him smash Scottish records in the States.

“I watched Laura Muir and Eilish McColgan on TV at the European Indoor Championships and both of them performed so, so well and that just inspires me to get out the next day and smash a run,” says Butchart. “It’s inspiring me watching them so, for the general public, hopefully it does to them what it does to me.”

Butchart, like his aforementioned compatriots, always seems to run with such passion, determination and confidence. Does he feel all of those things?

“I think we just kinda have, I dunno… We’re not bothered if it goes wrong as long as we know that we’ve given it 100%,” he says. “I think everyone in Scotland thinks like that, that’s just the way that we are brought up.

It’s that sort of mind-set Butchart would like to help instil in the next generation, too, whether relating it to sport, studies or any other aspect of life.

The 25-year-old only started out in athletics around 10 years ago and the loyal member of Central AC remains coached by Derek Easton out of Stirling.

Butchart recently visited Stirling High School to speak with students who have embarked on a virtual marathon in the lead-up to the inaugural Stirling Scottish Marathon on May 21.

“It was great to visit the school and pass on my advice to the students who are taking on this marathon challenge,” says Butchart.

“I’ve got quite an interesting story in the fact that I wasn’t amazing at my sport through school.

“A lot of kids can relate to my story and it’s nice to see their faces when you tell them that you weren’t actually that good at running when you were 15 years old and now you’re sixth in the Olympic Games.”

Butchart had the race of his life at that Olympics in Rio last summer, shaving more than four seconds from his 5000m PB with a Scottish record 13:08.61, a time which moved him from 10th to third on the UK all-time list behind only Mo Farah and David Moorcroft.

After that he competed on the country, winning the Euro Cross trials at the British Athletics Cross Challenge in Liverpool before captaining the team at the European event in Chia. Forming part of GB’s gold medal-winning senior men’s team, he finished fourth, one place behind team-mate Hawkins.

From there, Butchart went back to the track and although his race decisions this winter might have prompted a bit of discussion between fans on social media, he believes he made the right choices.

His results speak for themselves, too. In only his third ever indoor race, Butchart ran an outright Scottish 3000m record of 7:42.97 to finish as runner-up at the New Balance Indoor Grand Prix in Boston at the end of January. 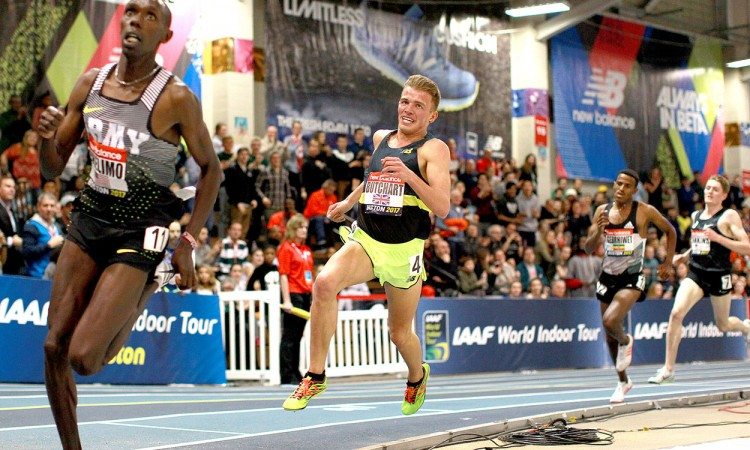 He then dominated over one mile at the Armory Track Invitational in New York, clocking 3:54.23 to move to third on the UK indoor all-time rankings in what was his first ever indoor race over the distance.

His indoor season came to a close with a time of 8:12.63 for two miles, putting him second all-time in the British rankings and breaking the Scottish best. In that NYRR Millrose Games race, Butchart was timed at 7:41.05 for 3000m, breaking his own Scottish record and moving him to second on the UK indoor all-time list.

“The winter went perfectly for me, especially the mile race,” he says. “Like Laura runs, like Callum runs, it’s always ‘go hard or go home’. I put myself out on the line and took it to them as hard as I could.

“When I raced my first race in America I knew that I was in incredible shape. I’d done a few sessions that were similar to the ones I did before Rio and I was much, much faster, which I was quite shocked about because the training hadn’t been as intense so it all bodes well for this year.”

People might have questioned why he didn’t race at the Müller Indoor Grand Prix in Birmingham or the European Indoor Championships, but, as Butchart explains: “That was always the plan, just to race those American races and then end the season there and then.”

“When I raced my first race in America I knew that I was in incredible shape. I’d done a few sessions that were similar to the ones I did before Rio and I was much, much faster”

The Scot had been entered to race 5000m against Farah in Birmingham but withdrew after receiving some bad news from his family.

“The whole point of this year is the World Championships,” continues Butchart, who also decided against targeting the World Cross Country Championships last month because of its timing in the season.

“I think for me to have done those races, it would have hindered my chances at the World Championships just because the rest time between then and Flagstaff for me just now would be too short.

“I think I’ve done the right thing, although I may have annoyed some people!”

And Flagstaff in Arizona is now where Butchart is at, training hard as he again aims to make his mark on the global stage when the IAAF World Championships take place in London in August.

“The hard training starts,” Butchart said ahead of the camp. “I’m away for nine weeks and it’s going to be torture but it will be good for the summer season. Hopefully I can get a medal at the World Champs.”

As he works his way to the World Championships, Butchart will also be looking to get more involved with the IAAF Diamond League series. Previously having only competed at British events in the 14-meeting series, he hopes to make his overseas Diamond League debut in Doha on May 5 and also race at the meetings in Eugene and Lausanne with an eye on the final in Zurich.

“The whole point of this year is the World Championships”

“The Diamond League is the biggest league competition in athletics, it’s sort of the ‘big time’ as people would call it, and I want to be a part of that scene and I want to prove that I can win at that scene too,” he says.

“I’ve not run many Diamond League races but I performed in two last year – the one in Birmingham I was fourth and then the one in London I was second. So I’ve proved that at the UK ones I can perform well but I’ve not run one abroad yet so I want to go to one abroad and perform as best I can.”

But ultimately this year all roads, or tracks, lead to London.

“Honestly, I’m proper buzzing for it,” Butchart says of the World Championships. “It’s going to be such a good event. I think the home support is going to bring so much more to the table for the British athletes.

“I just want to keep enjoying the sport and it’s massive to try and stay fit and healthy and injury free for a full year. The main aim is just to keep going the way that I’m going without getting too ahead of myself.”

» Want to get involved with the Stirling Scottish Marathon weekend? The legendary Liz McColgan-Nuttall and Zola Pieterse are among those signed up to take part while events also include the Great Stirling 5k and Thistles Great Stirling Family Run. Find out more at greatrun.org/stirling