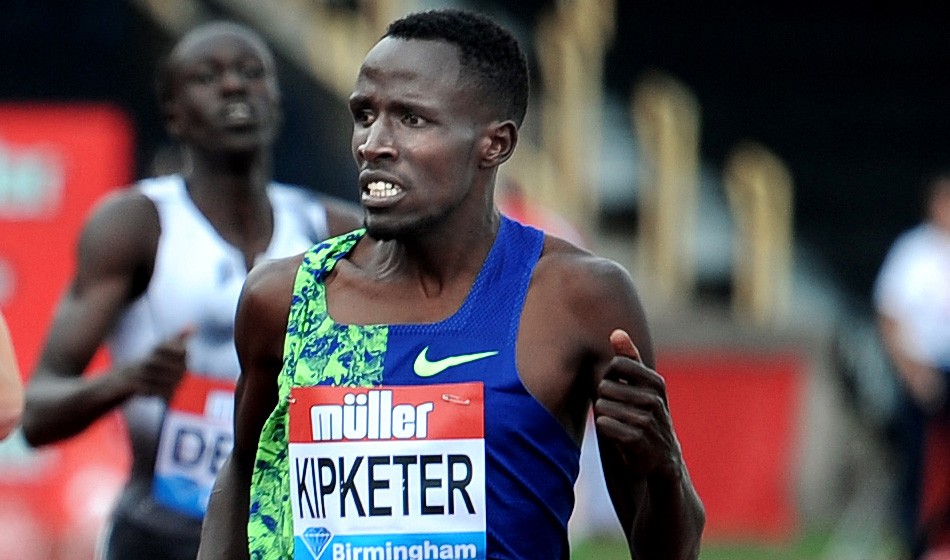 Alfred Kipketer, the 2014 world under-20 800m champion and Rio 2016 Olympic finalist, has been charged with breaking ‘whereabouts’ anti-doping rules, according to the Athletics Integrity Unit.

The 23-year-old Kenyan, who also claimed world youth gold in 2013 and raced in the 2015 senior world final in Beijing, has been provisionally suspended until his case has been heard and a final decision reached.

British 800m runner Kyle Langford, who was narrowly beaten by Kipketer to the world youth title in 2013, took to social media to say: “Another one of my competitors busted!”

Another one of my competitors busted! Look at the two athletes I’m next to says it all really😅 pic.twitter.com/iREpX0d1uO

When Kipketer won that world youth title in Donetsk, he did so after an incredible first lap of 48.63, whereas he employed similar tactics in the Olympic final in Rio in 2016, running the first 400m in a fast 49.23, before fading to seventh as David Rudisha took gold. Since then he has clocked a best of 1:42.87.

Further details about both cases have not yet been disclosed by the AIU.

Earlier this week the AIU also announced the provisional suspension of Morocco’s Al Mahjoub Dazza for ‘Use of a Prohibited Substance / Method (Article 2.2) – ABP case’.

ABP stands for ‘athlete biological passport’, with the World Anti-Doping Agency describing the fundamental principle of the ABP as being “to monitor selected biological variables over time that indirectly reveal the effects of doping rather than attempting to detect the doping substance or method itself”.

The AIU also confirms a provisional suspension against Al Mahjoub Dazza of Morocco for the use of a prohibited substance, a violation of the @WorldAthletics Anti-Doping Rules.
Find out more ⬇https://t.co/opInfkVlnV #AIUNews #CleanSport
3/3