After adversity, David Weir is relishing his international return 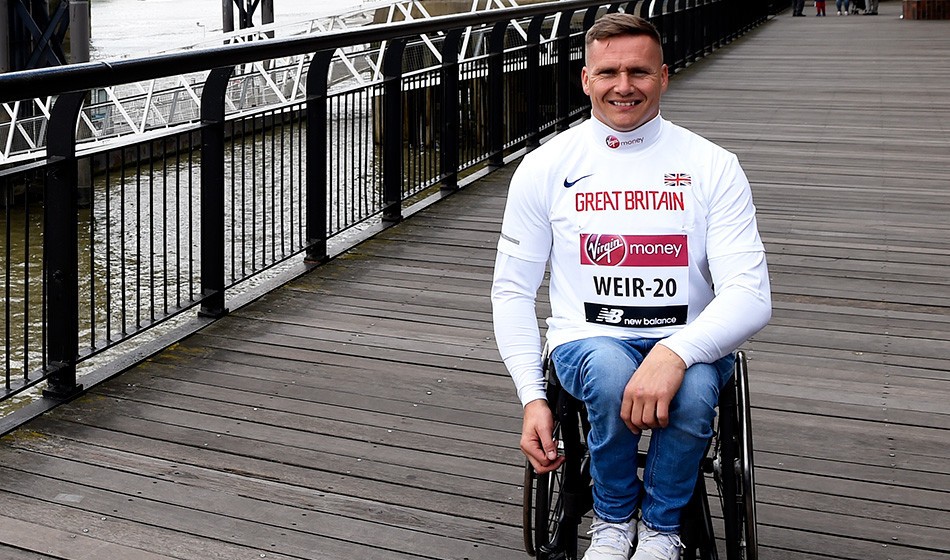 Back in 2017, David Weir said he would never again pull on the GB vest. He was done with international duty. The Rio 2016 Paralympics – his fifth edition after a debut in Atlanta in 1996 – had been one Games too far.

But now he prepares for his 20th London Marathon with the Tokyo Paralympics in his sights and, as Sunday’s event incorporates the World Para Athletics Marathon Championships, it also marks his return to the British team.

“I feel honoured,” admits the 39-year-old, whose global medal haul includes six Paralympic titles. “I feel privileged that they have accepted my comeback, I suppose. It was nice to get the kit this week and I’m proud to be wearing the vest on Sunday.”

While relishing the opportunity, the global competition is an added bonus for Weir, who has been on the start line of every single London Marathon since 2000 and also raced in the mini marathon a number of years before that.

“It always feels special every year, but this year, because it’s my 20th, it’s even more so,” says the eight-time elite wheelchair race winner. “It’s where I started. The mini marathons were the races that got me into the sport so I can’t forget them.

“Winning that many times in a race that I watched in the 1980s, dreaming to even take part in it – to do it 20 years in a row and win eight of them, it’s very special.”

Sunday’s action incorporates the World @ParaAthletics Marathon Championships and @davidweir2012 told @JmWhittington how it feels to be back in GB kit as he gets ready to race the @LondonMarathon for the 20th consecutive year #LondonMarathon @BritAthletics @WMMajors @WeirArcher pic.twitter.com/UzUjOgAYrE

This year’s event is sure to mean even more, given what Weir has had to overcome to even make it to the start line.

After suffering whiplash and concussion in December when he was involved in a car crash, Weir has also battled illness and injury over the past few months and had to miss both the Tokyo and Boston marathons.

“It was quite severe,” he says of the crash. “It was a side impact (when another car hit him) and it wrote my car off. I was lucky but I had quite bad whiplash and I was concussed for a bit.

“The car saved my life I think with the airbags and side impact things.”

Having trained hard since being able to return to action, Weir is now raring to race and looking forward to forming part of another strong field on Sunday.

The in-form Daniel Romanchuk is among his rivals, with the 20-year-old American having added victory in Boston earlier this month to his wins in Chicago and New York last year.

“It’s a world championship marathon so it means a lot to some of the athletes because of qualifying as well for Tokyo, and winning a medal,” he says.

“Obviously Daniel is the biggest threat at the moment because he has won the last three marathons, apart from Tokyo, where Marcel won, so those two are ones to watch out for.

“I’m at the back end of my career so I’m just trying to enjoy it as much as I can and if that means I’m going to win a few more marathons then I’m happy with that.”