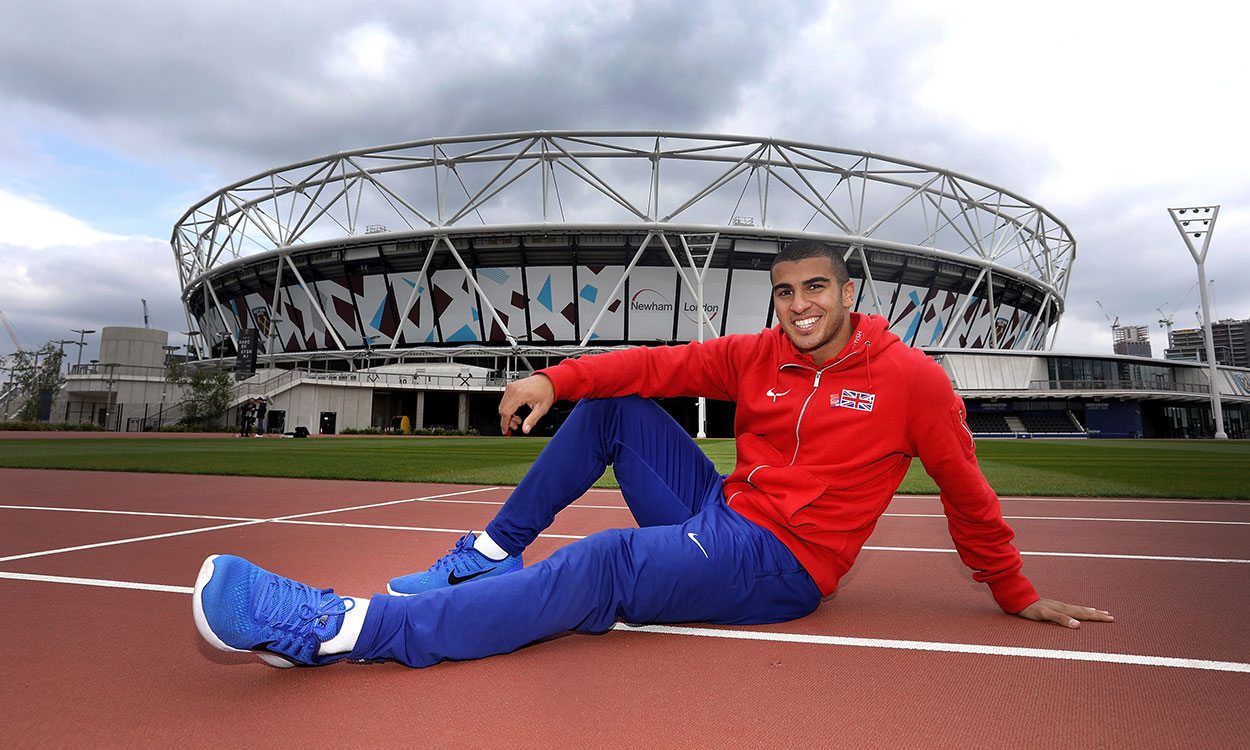 After clocking his fastest-ever season opener, Adam Gemili is looking forward to finding out what more he can achieve in a summer which he hopes will include success at the IAAF World Championships in London.

The 23-year-old was left more determined than ever after his fourth place at last summer’s Olympic Games in Rio, which saw him finish an agonising three thousandths of a second behind France’s bronze medallist Christophe Lemaitre in the 200m.

It took him a while to get over that heartbreak but now, after some stern words and a coaching switch, the Blackheath & Bromley sprinter is well and truly back on track.

Describing just missing out on an Olympic medal as “gutting”, Gemili added: “I’ve never experienced anything like it. It took me a long time to get over it.

“If I hadn’t done it and it was by a long way, then I would have been like, ‘I wasn’t in a good place’, but three thousandths of a second, it could go either way on the day.”

He continued: “It’s tough and it was the first time I’ve actually gone and had a good cry. After the race I was in the warm-up area and I walked to the other side of the track and just sat down and started sobbing. I rang home and tried to speak to my girlfriend but I couldn’t, it was just gutting, but that’s sport.”

A “hard truth” from renowned psychologist Dr Steve Peters, who also has his own fair share of athletics triumphs as one of the most successful British masters sprinters ever, helped Gemili to maintain his winning mindset.

“I spoke to my psychologist Steve and he said, ‘there are no guarantees in sport. Do you think you are going to medal every time you go on to the track?’ He said, ‘if you don’t like that you need to go and find something else to do’.

“That hit home a little bit, it was a hard truth. There are no guarantees in this. I enjoy competing and I love it, so I wouldn’t change that at all.”

Gemili decided on a change in coaching set-up and is now guided by former UK Athletics coach Rana Reider in the Netherlands. His training group includes world champions Dafne Schippers, Christian Taylor and Tianna Bartoletta, while other Britons currently coached by Reider include Shara Proctor, Desiree Henry and Anyika Onuora.

So far Gemili’s partnership with Reider, who in 2015 questioned the British attitude to success in an interview with AW, seems to have been a success.

Looking to double up in both the 100m and 200m in 2017, Gemili started his season with a 10.08 win at the Bryan Clay Invitational in April and is next set to race over 200m at the Shanghai Diamond League meeting on May 13.

“I want to run both the 100m and 200m,” he explained. “That is what I will be going for this year. The best sprinters in the world do that, the Jamaicans and Americans, they always go and double up. And I think I am old enough now and fit enough to hopefully go and do that. That’s the plan and we’ll see how it works out.”

“If I can go out there and run my best, there is no reason why I can’t aim for gold”

Ultimately, every plan is with the World Championships in mind and, given Britain’s current strength in sprints, Gemili knows making the team for the London event will be a tough task in itself.

And his aims for the World Championships, should he secure his spot? “If I can go out there and run my best, there is no reason why I can’t aim for gold,” said Gemili, who made the semi-finals at the London 2012 Olympics as an 18-year-old.

“I think if you are in the sport and you are not aiming to be the best, what’s the point of training and so much sacrifice? To fill the lanes? No.”

» Adam Gemili hopes to go for 200m glory in session 9 of the IAAF World Championships on August 10. It is currently among the top three best-selling sessions but tickets are still available for what is set to be one of the most exciting races for British sprint fans this summer. Buy now at tickets.london2017athletics.com