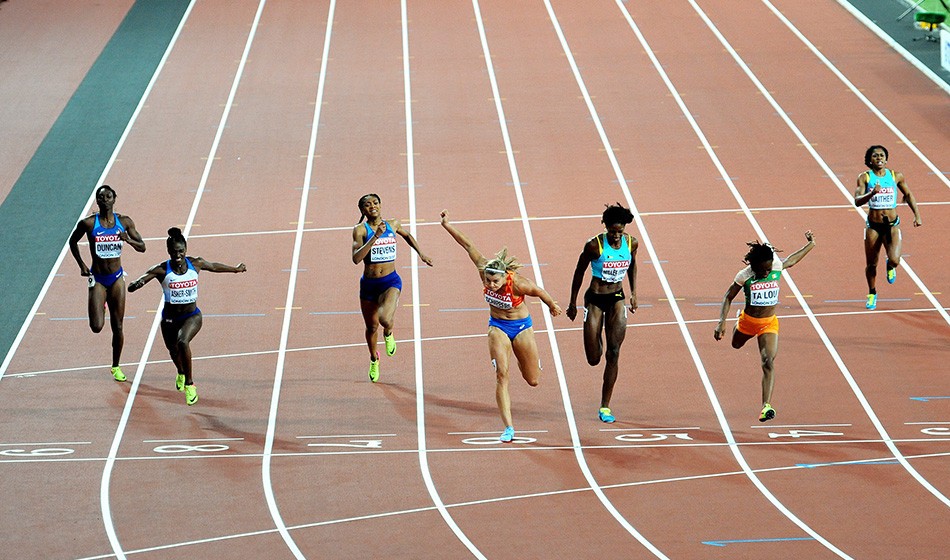 Another action-packed year of athletics is beginning but what are the AW team members most looking forward to?

British star: I would love to see Dina Asher-Smith (pictured top, lane eight) bring her success from 2018 on to the world stage in 2019.

International star: Mo Farah vs Eliud Kipchoge over the marathon has to be the race I am looking forward to the most. They are both already global stars, but this would test the mettle in both of them.

Key event: I ran in the first IAAF World Championships in 1983 so am really looking forward to Doha. The World Champs are very special and athletes always raise their game. It would be good to see GB perform well here.

A wish for 2019: For the IAAF World Cross Country Championships in Aarhus to be a roaring success and convince the powers that be in British Athletics that cross country at world level is important, and that we should be sending full teams.

Personal goal: To complete my first marathon ahead of my 60th birthday in London and raise some money for young up and coming athletes through the Ron Pickering Memorial Fund.

British star: Laura Muir has taken great strides towards fulfilling her undoubted talent in recent years. Having come so agonisingly close to a podium place at London 2017, it will be fascinating to see what she can do at the World Championships in Doha. 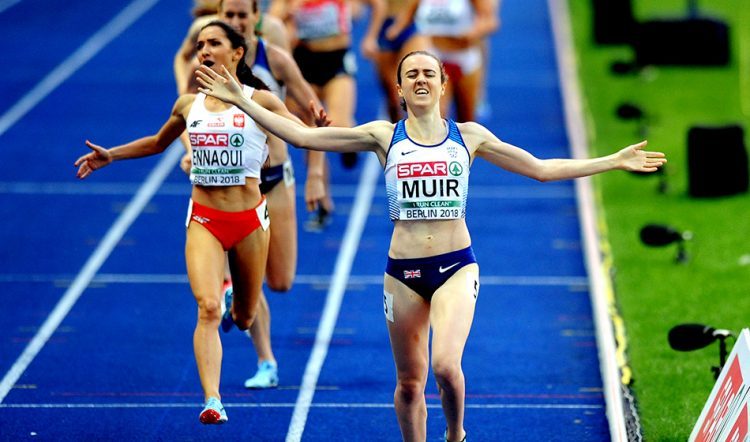 International star: The post Usain Bolt men’s sprinting scene is incredibly competitive and the battle for supremacy on the track in 2019 looks set to be compelling. America’s strength looks formidable, with the likes of Noah Lyles and Ronnie Baker in the ranks, but it’s Christian Coleman – world silver medallist two years ago – who was fastest over 100m in 2018 and will be aiming to lead the charge again.

Key event: For a number of athletes, the European Indoor Championships in Glasgow at the beginning of March will set the tone for what is an intriguing year ahead. Good performances at another home championships could provide vital momentum for Britain’s stars.

A wish for 2019: That the stars who shone so brightly at the European Championships in Berlin – the likes of Dina Asher-Smith and teenage talents Jakob Ingebrigtsen and Armand Duplantis – can now make their mark on the world stage.

Personal goal: After a few months of niggles, my main goal for 2019 is to stay injury-free. If that plan works, I’m looking to spend 2019 trying new things so I plan to do more hill running, I’m also on the waiting list for an entry to what would be my first ultra marathon and the idea of a first half ironman distance triathlon won’t go away either. Decisions, decisions…

British star: Reece Prescod has the poise and pace to make an impact in a wide-open, Bolt-less world 100m final in Doha. Also, look out for Naomi Ogbeta, the rising star of the triple jump runway (and comedic character off it) who has added more than a half a metre to her PB in each of the last two seasons.

International star: Nafi Thiam is the queen of the combined events and the Belgian’s clash with Katarina Johnson-Thompson in the heptathlon in Doha will be one of the highlights the year. 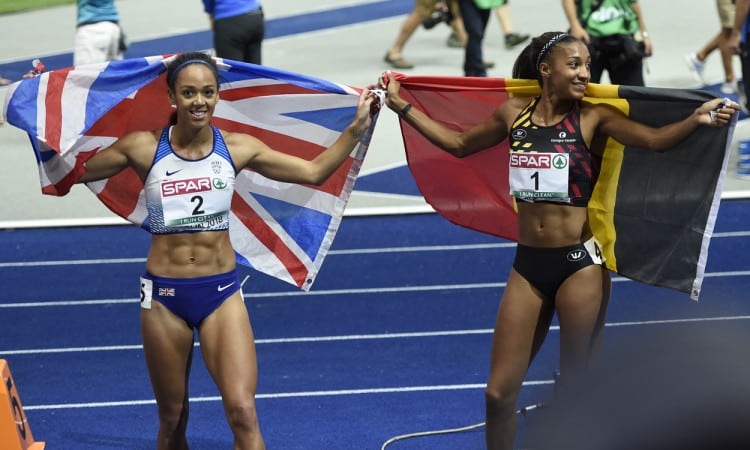 Key event: Thanks to a blend of innovative and old school ideas the IAAF World Cross Country Championships will be back in business in 2019 when the Danish city of Aarhus stages the event on March 30.

A wish for 2019: For the showcase event of the year – the IAAF World Championships in Doha – to defy the critics and be a shining success with healthy crowds, hi-tech climate control and amazing athletics.

Personal goal: I share a birthday with the anniversary of the first sub-four-minute mile and on May 6 I turn 50. Running a sub-five-minute mile sounds nice but is probably a bit too ambitious for my ageing legs, while tackling the Subido al Pico Veleta – a 50km Spanish race on the highest road in Europe – also has a nice ring to it. Maybe you can help me decide?

British star: In 2018, Dina Asher-Smith proved the fastest sprinter in terms of time but I hope in 2019 she will do it in terms of winning and take gold in the biggest races such as in Doha! Time might be of the essence to be the world No.1 as a pair of under-17s Briana Williams and Tamari Davis both ran 11.13 in 2018 and will only get faster and faster.

International star: Considering Jakob Ingebrigtsen was not able to beat the world’s best juniors in Tampere and being top European is a relative easy task with the world’s best not allowed to compete, I felt his Berlin success in terms of world athletics was overhyped. Nevertheless, anyone so well balanced who can run 3:31.18 for 1500m at the age of 17 can only get faster and stronger. 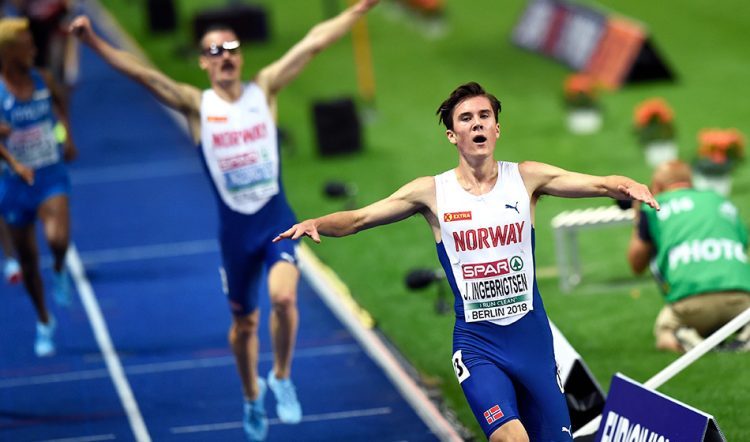 Key event: The World Cross Country Championships in Aarhus. The venue looks superb and I only hope UK Athletics change their minds and put a full team out as the event and British runners deserve. There won’t be another one until 2021 and if you are the best in your country, you have a right to compete for them at the highest level, whatever the sport.

A wish for 2019: For British athletes to make a better effort to support events in Britain rather than going en masse to Europe, Brexit or not. The British weather has been fairly good in recent summers and if more athletes competed at home then the quality of competition would increase and time and effort could be saved travelling abroad.

Personal goal: I hit a new age group in 2018 and was fourth in my county and area cross country, area road relays and the National Duathlon Championships. I don’t mind extending my run of fourths in 2019 in bigger events. I haven’t made up my mind about extending my sub-three-hour marathon span to 43 years but I will do at least one 26-miler in 2019.

British star: His main sport might be triathlon, but 20-year-old Alex Yee was also Britain’s top male 10,000m runner in 2018 with his 27:51 at Highgate (on his debut) and he ended the year with the second-quickest ever parkrun after storming around the 5km Dulwich course in 13:57. I’m looking forward to seeing what else he might be able to achieve in 2019 in both sports.

International star: Can high jumper Mutaz Essa Barshim return after injury to retain his world title in front of a home crowd in Doha? The two-time Olympic medallist cleared 2.40m or higher for the sixth successive year in 2018 and if he can continue that form in 2019 he’s sure to put on quite a show. 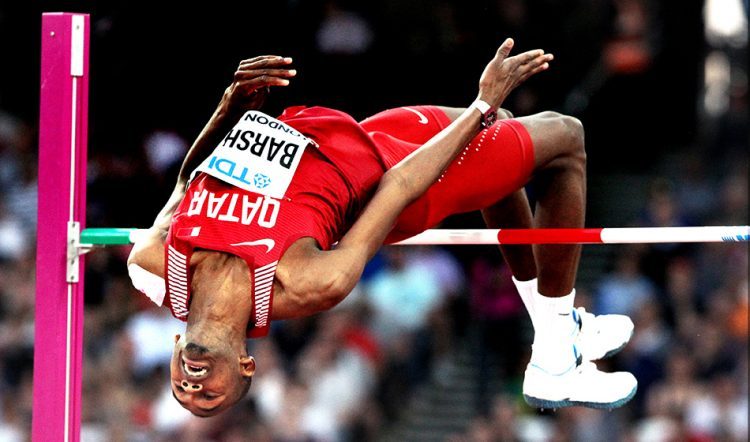 Key event: Whether I’m lucky enough to be reporting, running or spectating, the Virgin Money London Marathon is always a key event in my calendar and this year sees the return of Mo Farah as he looks to build on his third-place finish in 2018 and then his win with another British record in Chicago. The full fields are set to be announced later this month and I’m sure they will be as strong and exciting as ever.

A wish for 2019: For full GB teams to be sent to the IAAF World Cross Country Championships in Aarhus and for the event to receive the spotlight it deserves.

Personal goal: To improve my marathon PB in London and not get quite so nervous when talking on camera!